Nothing to fear but... 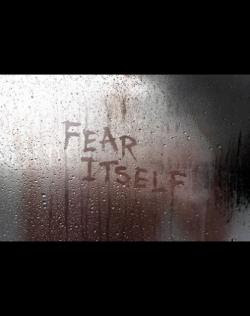 FEAR ITSELF is a new horror anthology series coming to NBC tv on Thursday nights at 10:00pm.

It starts on June 5th with an episode entitled "The Sacrifice", about a band of criminals who take shelter in an abandoned snow-covered fort that has its own secrets.

Brought to us in the same vein as (and by the same producers of) Showtime's 'Masters of Horror', I am sure it will be a bit more edited due to network tv constraints, but it still looks fairly promising - especially for the summertime, which is usually quite mundane when it comes to interesting television. The show's website (http://www.nbc.com/Fear_Itself/about/index.shtml) states it will be "pushing the boundaries" - so you know what I say: PUSH 'EM!

I'll report back after the first episode with a humble opinion. 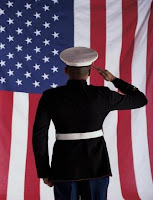 To all our armed forces:
THANK YOU!!!

Happy Memorial Day!
Posted by Christine Hadden at 5/23/2008 No comments: 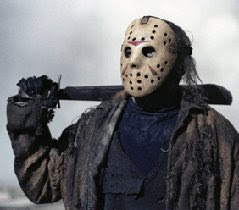 Over at the horroretc. podcast this week is the first part of their Friday the 13th special. It's their 30th podcast (congrats, guys!) and what a cool and appropriate way to celebrate. I'm sure Jason would like to give you guys a hand as well -(though from whose arm I don't know....)
Seriously, if there is anyone out there who hasn't at least seen part one of this prolific horror movie series 1)why on earth are you reading this blog and 2)perhaps you should crawl back under the rock you were under.

So check out the podcast (http://www.horroretc.com/ ) and remember to check under your bed and in your closets -cause Jason doesn't stick strictly to camping anymore!
Posted by Christine Hadden at 5/19/2008 No comments: 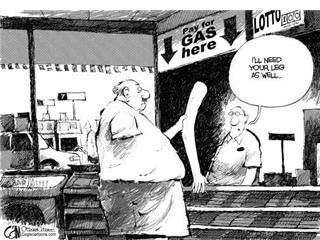 Untraceable, starring Diane Lane, Billy Burke, and Colin Hanks (yes, Tom's son) is a scary thriller from the same vein as The Silence of the Lambs and Se7en, with a bit of Saw thrown in for good measure. It has moments of tension, no doubt - but it isn't quite as top-notch as the aforementioned flicks.
That said, the hubby & I liked it alot.

Jennifer Marsh (Lane) and her partner, Griffin Dowd (Hanks) are partners at the Portland office of the FBI where they are cybercrime detectives. They put away people who steal identities, rip off music and movies, sell bogus crap on ebay and the likes.
One day Marsh gets a tip regarding a website called KILLWITHME, and sees a helpless kitten being cruelly killed (this bothered me more than anything) - the more people that log onto the site, the faster the crime happens.
That crime, in itself, is bad enough - but the next week they check the site out and there is a human being sacrificed according to the number of web hits. It's streaming live, and the numbers seem to be (unrealistically in my opinion) just skyrocketing into the millions of apparent viewers.
The clock is then ticking to find a cyber-brilliant psychopath who gets off on torturing people for entertainment. Billy Burke plays a detective who is on the case with the two federal agents.

Obviously, the title of the film comes from the fact that the villian is basically untraceable. He is a cyber-genius and has made finding him nearly impossible.

The morality of this whole idea for me, holds up fairly well. I mean, haven't you been driving down an interstate (or just a country back road for that matter) and all the sudden you're going about 25 mph - crawling along at a snail's pace - wondering what the hell?? And then you get closer and see that someone has wrapped their car around a telephone pole and the 'jaws of life' are being used to extricate a victim from a seemingly hopeless mangled mess of a car accident? Everyone drives by at a extraordinarily slow tempo just to see what they can see? It's called rubbernecking, people - and everyone does it. Curiosity is human nature. We wish we didn't want to see but we can't help ourselves. Like a train wreck, a tornado obliterating a town, a reporter killed by terrorists... we want to see. Then we always wish we hadn't. The visions haunt us afterward but we are too stupid not to look.

If there was talk of an internet site in which something like this was supposedly happening, I have to venture a guess that at least 75% (if not more) of savvy internet users would be logging into the site to see if it is true. Even if you don't plan to stay on the site, you've already been one of those millions of hits. Think about it. You'd think it was a joke - that kind of thing can't happen, right? Snuff doesn't actually exist, right? Or does it? In this day and age, you never can tell. People log onto sites like Rotten.com daily to check out the newest ghastly pictures. (you're now typing rotten.com into your search window, aren't you?)

Well I'm back from the beach, but still in slow-motion as far as getting anything up on the blog. My sister blog (The Smug Pessimist) has a new post with a few pics of the Outer Banks, so check that out.
Will return with horror-oriented material as soon as I get all the sand out of my shoes.....
Posted by Christine Hadden at 5/13/2008 No comments: 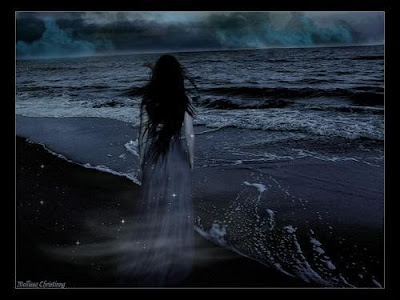 I'm off to the beach tommorrow, so there will be a brief hiatus until I am back from Hatteras Island on the Outer Banks, N.C.

Hopefully the sharks won't be biting...