The Wettest Way to Die: Showers of Doom 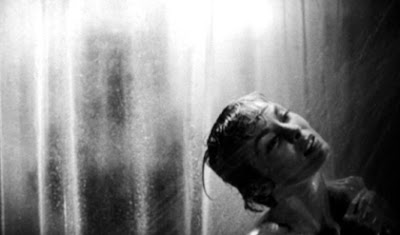 SO... when I read André Dumas' recent post on The Horror Digest about her penchant for taking showers instead of baths, I did agree that taking a bath - at least in a horror movie - seemed to be a bad idea.

HOWEVER,  I think most will agree that taking a shower really doesn't provide any more protection from death and other ghastly things.  In fact, as much as I enjoy a nice, steaming hot shower, I will be the first to admit I am a little shaky when the curtain is closed and the whole place steams up like a sauna room at a men's club.  Who knows what lurks outside the curtain?  Actually, I think we DO know.

At least with a bath I am completely aware of what is going on.  Everything is right there out in the open.  If I'm going to be offed in my bathroom I think I'd rather see the killer coming so I can fend him off by... I don't know...kicking him in the crotch with my feet or maybe setting his hair on fire with my soothing lavender candle.

In the shower, you're so damned vulnerable.  Not only are you naked, but you've got a curtain or door to contend with, and no doubt some damn shampoo in your eyes.  All the sudden AHHHH!  The curtain flies back and you're stabbed like a piece of beef on a shish kabob.  No time to even grab your back scrubber and poke your attackers eye out!

In horror, the shower will be forever immortalized as a great place to die, thanks to the brilliance of Alfred Hitchcock and a little bit of Hershey's syrup.

So with André's blessing, I give you showers of doom:

I think I've proved my point.
Then again, maybe it's just best to avoid the bathroom altogether.
Posted by Christine Hadden at 1/22/2011

best post i have read and seen all day, but now i must go take a bath... and scream!

When I read the title, I immediately started thinking of "Death Ship". Even though I did not find the movie itself to be particularly good, that shower scene was really memorable. Glad to see you included it, along with some classics such as the "Psycho" one as well. Excellent, thorough post.

yes, it's true that you're vulnerable, but ever since i started watching horror, i've worked on some self defense techniques specifically for the shower, and if i ever get a chance to make a horror film, i'll be illustrating the fact that we can all survive a shower slashing, and even get out of the house alive

as for a bath?

you're a sitting duck, literally

We should just never take showers or baths......case closed. : )

Perfecto, Chris. It's funny I thought of so many of these when I was writing my post but then went ooh no that's a SHOWER sigh. So I'm happy everything got its recognition now!

I love that you included Phantom of the Paradise and BEEF!

(Captcha word is "shock"....as in what happens when the Psycho theme surprises me from your site.)

If Marion would have done this, we would not be having this discussion.

Atroxion: Ah, Death Ship. It's been years since I saw it but that shower scene is burned on my brain...

Jorge: Anxious to hear your shower tips. Where were you when Marion checked into the Bates Motel?

Andre: Yeah, just thinking about that scene from Arachnaphobia makes me cringe, and I'm actually not terribly scared of spiders.
Thanks for letting me steal your idea and put my own touch to it:)

Mike: To be honest, the first time I saw that shower scene from Phantom of the Paradise was in a movie called Terror in the Aisles, which is basically clips from horror films. I saw that plunger and cracked up - knew I immediately had to see that film!

Pax: I DO have a lock on my bathroom door, and I'll have you know it IS locked...
EVERY. SINGLE. TIME.

Good recollection of shower scenes! I was going to mention The Prowler, but you got it.

Two great additions to this list would be the shower scene in What Lies Beneath with Michelle Pfiffer about to drown in the tub...

And also, that scene in Slither where the slugs get to the girl while she is in the shower. 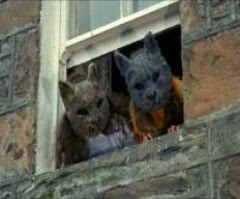 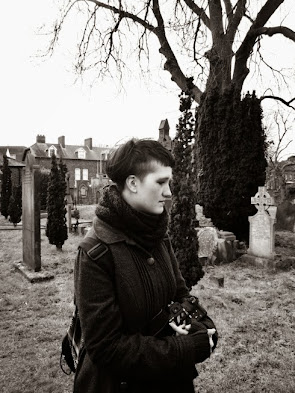 Marie Robinson is a lifetime lover of folklore, the paranormal, and all things uncanny. Between walks she is toiling away reading and writing in a basement apartment, accompanied by two cats (one of which has no eyes). You can find more of her work at her YouTube channel, Goblin Kwain. 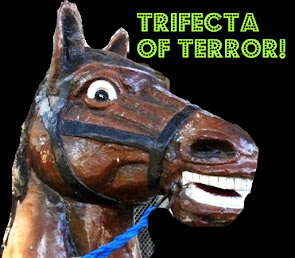 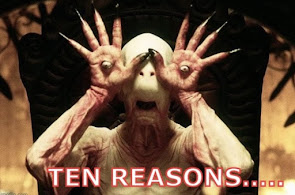