Kevin Bacon has such a prolific movie career that there is literally a trivia game
( Six Degrees of Kevin Bacon ) named after him.

In 1980, he starred in the first film of one of the genre's biggest franchises - Friday the 13th. 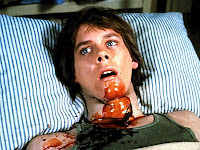 Here he is getting the old arrow through the neck - love that scene.
It has been said that Kevin won't talk about or own up to one of his very first actual starring roles - that he is ashamed of the movie.
Well honey, seems to me you've continued to make tons of other films that slide right into the genre in one way or another.
He's played serial killers (more than once), a vengeful dad, a pedophile, a molesting boy's school guard, a nut-job scientist, and more than a few outright criminals, among other roles.

I, for one, am a big fan and always look forward to his 'every-guy' character acting.
Some of his more prominent genre roles include: 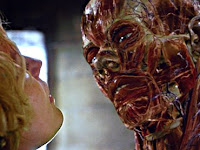 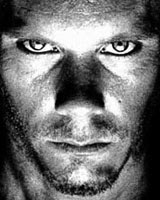 and last but not least, the crap-tastic: 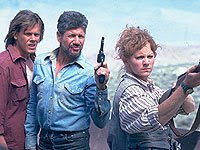 Looking forward to much more from this great actor in the future.
And in the meantime, Kevin, try not to forget where you came from.