Billy Loves Stu and I do too! 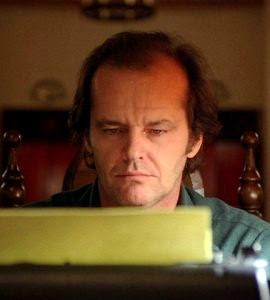 Now hear this: The guru of bad-ass sass and cheeky sarcasm - and one of my favorite people - Pax Romano of Billy Loves Stu, has put out a challenge to all his fellow bloggers to complete the following meme and I have obliged with downright glee.

So here we go:

The First Ever Billy Loves Stu Meme for Horror Bloggers
1: In Ten Words or Less, Describe Your Blog:

One woman's quest to rant and rave about everything horror.
2: During What Cinematic Era Where you Born?
A: The Classic Horror Era (late 30's to 40's)
B: The Atomic Monster/Nuclear Angst Era (the late 40's through 50's)

Awww, man. Do I really have to go there? Let's just say Night of the Living Dead and leave it at that.

No offense to Pax, but Tommy Ross is waaaay to saccharine for me. I like the tall, dark and handsome bad boys, so it'd be all about Billy Nolan. And no doubt he can dance.

4: You have been given an ungodly amount of money, and total control of a major motion picture studio - what would your dream Horror project be?

What I have been truly itching for is an old fashioned, completely authentic ghost story - set in a sinister looking mansion/castle somewhere in the UK and chock full of actual frightening elements and no CGI unless absolutely necessary. With all that money I should be able to afford the best practical effects, right? Of course I'd want a superbly obscure cast - none of this MTV bullshit. Add to that a brooding, melancholy score by the likes of someone like Hans Zimmer or Dario Marianelli.
And goddamnit, it would be scary.
5: What horror film "franchise" that others have embraced, left you cold?

Nightmare on Elm Street. I love the first one with pretty much all my heart. But to be honest, if I never see any of the others ever again, I won't lose any sleep. Freddy got ridiculously stupid. He was supposed to be a killer, not a comedian. Spare me.
6: Is Michael Bay the Antichrist?

I think that is being too kind.
7: Dracula, The Wolf Man, The Frankenstein Monster - which one of these classic villains scares you, and why?

Oh Dracula of course. While I have extreme love for all things fanged, I'll be the first to admit that Drac definitely instills more fear in me than the other two. That being said, I must say I'd rather just get bit by a vampire than have my throat ripped out by a wolf man. Yikes.
8: Tell me about a scene from a NON HORROR Film that scares the crap out of you:

I think I've mentioned this scene at some point here on FWF - but the scene in American History X where Edward Norton makes the dude open his mouth on the curb and then....! Oh god I thought about that for weeks. Even now: *shudder!*
9: Baby Jane Hudson invites you over to her house for lunch. What do you bring?

Rat poison? Enough for the cackling broad as well as the rodents. And some strong scotch. For me to tease her with as she foams at the mouth...
10: So, between you and me, do you have any ulterior motives for blogging? Come, on you can tell me, it will be our little secret, I won't tell a soul.

I'm doing it to meet men.
NO, not really! Actually, I can't help but to write. It's part of my psyche and blogging calms me down after the worst of days. It's just a plus that anyone actually wants to READ it.
11: What would you have brought to Rosemary Woodhouse's baby shower?

A little black cape (for the baby of course). Black is always in. Oh, and maybe some mini-sunglasses so folks don't make fun of his eyes!!
12: Godzilla vs The Cloverfield Monster, who wins?

The mere thought that such an inconsequential monster such as that Cloverfield piece of shit (didn't it even have a name? A disgrace!) is a laugh! Godzilla will ALWAYS rule!
13: If you found out that Rob Zombie was reading your blog, what would you post in hopes that he read it?

First my hubby would want me to say how much he enjoys Zombie's wife's nude/near nude scenes. Then I would tell him to please come up with something original for his next film, and perhaps to wash his hair. Or not.
14: What is your favorite NON HORROR FILM, and why?

Sideways. Because I like drinking fucking Merlot.
15: If blogging technology did not exist, what would you be doing?

Writing. Always.
When I was a kid my best friend and I used to write stories together - I'd write some, then pass it off to her and she'd add some...and so forth. I've been writing ever since.
But I'm really glad I decided to start Fascination with Fear. It's my baby and I've met some really extraordinary fellow bloggers. Like Pax!
Thanks for this meme, dude - you're the Bosley to my Kelly.

Uh, I wrote something witty - or at least something that passes for witty the first time, and now I can't recall it.

Oh well, thanks for playing "Kelly"!