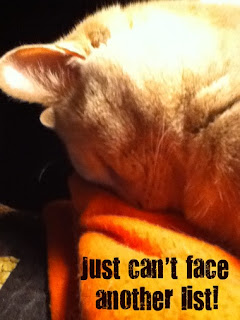 And the lists just keep on coming.  In part two of the list of movies that shaped my life, we enter the fan-favorite 80's.  Once again, the idea for this series of posts came from a list meme compiled by my good friend The Mike, over at the too-good-to-be-true blog, From Midnight, With Love.

The 80's were my hey-day.  I grew up, quite literally, in that decade.  So many people who love horror claim that the 80's are the best, that all their favorite films come from that time period.  Slasher films really came into their own at that time, and many of the big films started their sequel frenzies (the Halloween, Friday the 13th, and Nightmare on Elm Street sequels ALL began in the eighties!)

There are an unbelievable amount of movies that shaped my entire existence that were made between 1980-1989, which made it quite difficult to pick just one movie.  Even though I'm using the same format as before (one horror movie, one non-horror honorable mention), I about killed myself choosing from the plethora of good films from this era.

Take 1981 for instance. The Mike started his list with this year (he's a babe in the woods, I was already in the 7th grade back then!) and it just happens to be the most difficult of all the years to choose films from.
Oh hell.  Damn if it isn't seriously one of the best years in film - any genre! Though I did finally pick one, I left behind such classics as My Bloody Valentine, Hell Night, The Funhouse, Escape From NY, The Howling, Happy Birthday To Me, Scanners, Halloween II, Friday the 13th Part 2, The Evil Dead, The Burning...well, you get the picture.
For many years I almost had to toss a coin or two just to be able to decide between some of my own favorites.  But I made it through, and I give you - The 80's:

Labels: lists, The Films of my Life

Some great stuff here, ma'am! As much as I love most of your horror picks, I will admit that seeing Stripes listed gave me a particular glee. That movie never gets old. Sgt. Hulka is totally my big toe. :)

And - perhaps due to my excessive youth ;) - you reminded me that I still haven't seen Fatal Attraction. That shall change soonest.

Stripes is like comfort comedy for me. There are certain films over the course of my (somewhat long, lol)existence that just make me feel good, and Stripes is at the top of that list. It's just SO hilarious! Airplane and Planes, Trains and Automobiles are up there as well.

And I don't usually use these letters, but OMG! You need to remedy the Fatal Attraction error, stat.
Seriously though, if I were a man and watched that movie, it would convince me wholeheartedly to never, EVER cheat. Because in the words of the immortal Forrest Gump: You never know what you're gonna get...
Be afraid. ;)

Of the movies on the list that I have seen, I liked. I am a few years younger than you and it is amazing how the list changes because of age. Airplane is awesome and might be one of the funniest movies of all time.