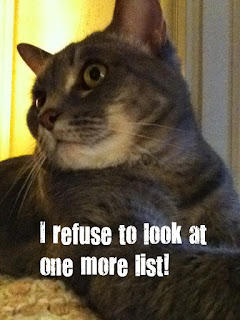 As I move into a new decade of films to spotlight, I'm pretty sure I mentioned that the nineties were not exactly booming with awesome horror films, in my humble opinion.  In fact, it was difficult in a couple of cases to even find a movie I liked well enough to choose.

But that being said, I was still able to find some titles that tickled my fancy and that I appreciated enough to include on such a list.

I would be remiss if I didn't mention my hero, The Mike - of From Midnight, With Love fame, who inspired me to tackle this little list - which turned out to be not so little when you factor in how many years I've been alive and the addition of non-horror films which I couldn't resist listing.
After all, aren't you the least bit curious to see if I ever watch anything that doesn't have guts, gore or ghosts in it??

So from the land of Japanese horror remakes, Nazis, teens in trouble, big-ass dinosaurs, deadly sins, and Wes Craven's return to form, I give you - my 90's.

Labels: lists, The Films of my Life

I have seen almost all of these except cider house rules and Thelma and Louise. I was going to have words with you if you snubbed Candy Man, but came away reassured.