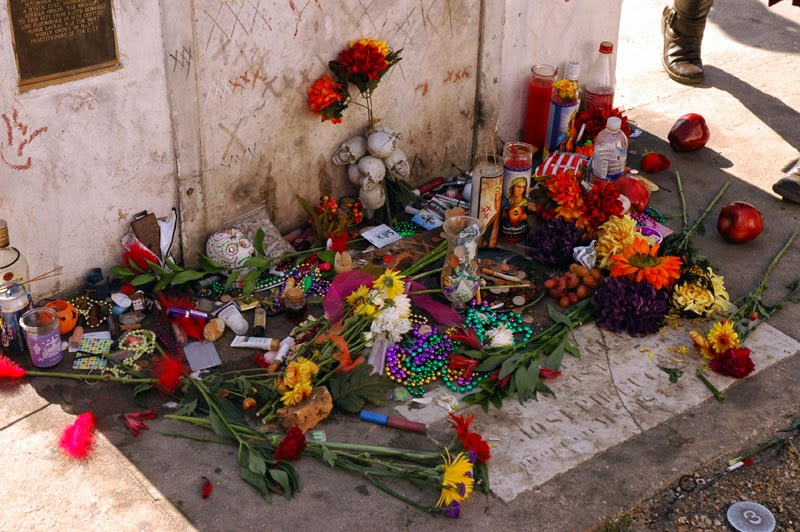 Christine and I are both avid taphophiles, and lovers of the morbid in general (duh), so naturally when I hear a story surrounding a gravesite, my ears perk up. I’ve comprised this short but intriguing list of graves that are bizarre each in their own way and come with a little story.

Everyone has given thought to their post-mortem arrangements; the gravesites below go a little beyond the options of burial and cremation. Others may possess magical powers or have their departed occupant hanging around. So, sit back, friends, and indulge in your gnawing fear of death.

What if cemeteries were forests, and each tree represented a deceased person? Nature-lovers are sure to love Bios Urn, a form of burial that results in reincarnation. Bios Urn works like this: the urn, which is completely biodegradable, is separated into two compartments. The top compartment contains soil into which seeds may be planted. The bottom compartment holds the ashes, and after the roots become stronger and the urn biodegrades then the two compartments will become part of the subsoil together. The website (https://urnabios.com/) sells six different kinds of seeds (Beech, Ash, Oak, Maple, Gingko, and Pine) but the urn is compatible with any seed. What kind of tree do you want to be when you die? 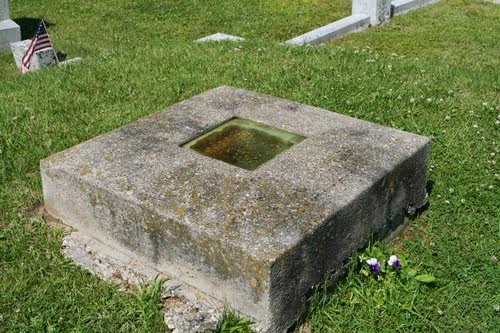 2. A WINDOW FOR A CORPSE

Before he died on Halloween, 1893, physician Timothy Clark Smith made very special arrangements that he was entombed without a pulse. During his life Smith suffered from severe taphephobia, or fear of being buried alive; he was so plagued by his phobia that he had a window constructed above his grave that allowed one to look down upon the corpse’s face. The idea was for one to look down and ensure that Smith was sleeping the deep sleep and not living out his greatest fear. But that wasn’t enough for Smith, who also had a bell placed atop the grave with a string around his finger, so that he may pull it and alert someone if he was prematurely buried. A final addition was a set of stairs leading directly out of the tomb. Ok, the last two might just be legends, but the window still exists in Evergreen Cemetery in New Haven, VT. Although the glass is now too scratched and foggy to see all the way down, many visitors have claimed to have peered into the window and found the skeletal face of Timothy Clark Smith gazing back at them. 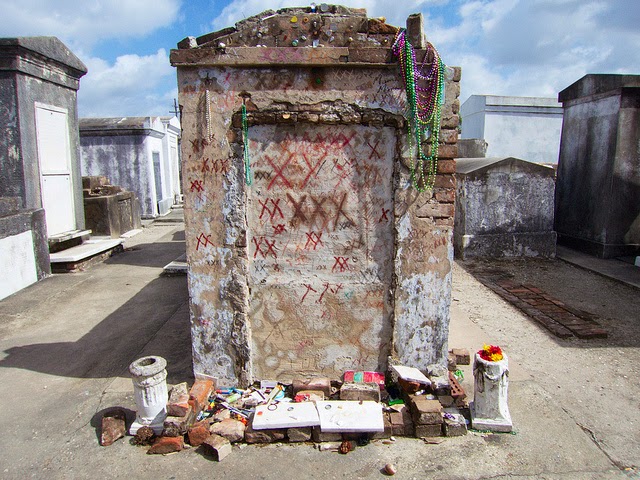 3. MAKE A WISH ON THE VOODOO QUEEN’S GRAVE

Marie Laveau was a prominent, though mysterious, celebrity from New Orleans. A Louisiana Creole woman famous for being a practitioner of Voodoo, she and her daughter (one of an alleged fifteen children) held great sway over the city in their time. Marie—dubbed the Voodoo Queen—would help or harm people using her magical powers: curing ailments, or setting curses. After she died in 1881 she was buried in St. Louis Cemetery #1 in plot 347. Since then, people have been coming to her tomb to ask for otherworldly assistance from the Voodoo Queen. According to legend, to ask for a wish from Mrs. Laveau, one must draw an ‘X’ (or sometimes three), spin around three times, knock three times on the tomb, and yell out their wish. If the wish is granted, they must bring back an offering for Marie Laveau and lay it before the tomb. The outer walls of the tomb are covered with X’s and beads, flowers, and candles always surround it, proof that her fans are still alive and thriving. Sightings of the Voodoo Queen’s ghost have also been reported; she was spotted at least once marching through the cemetery draped in the coils of her pet snake, Zombi. Another legend holds that she is reincarnated into a crow that circles the cemetery. 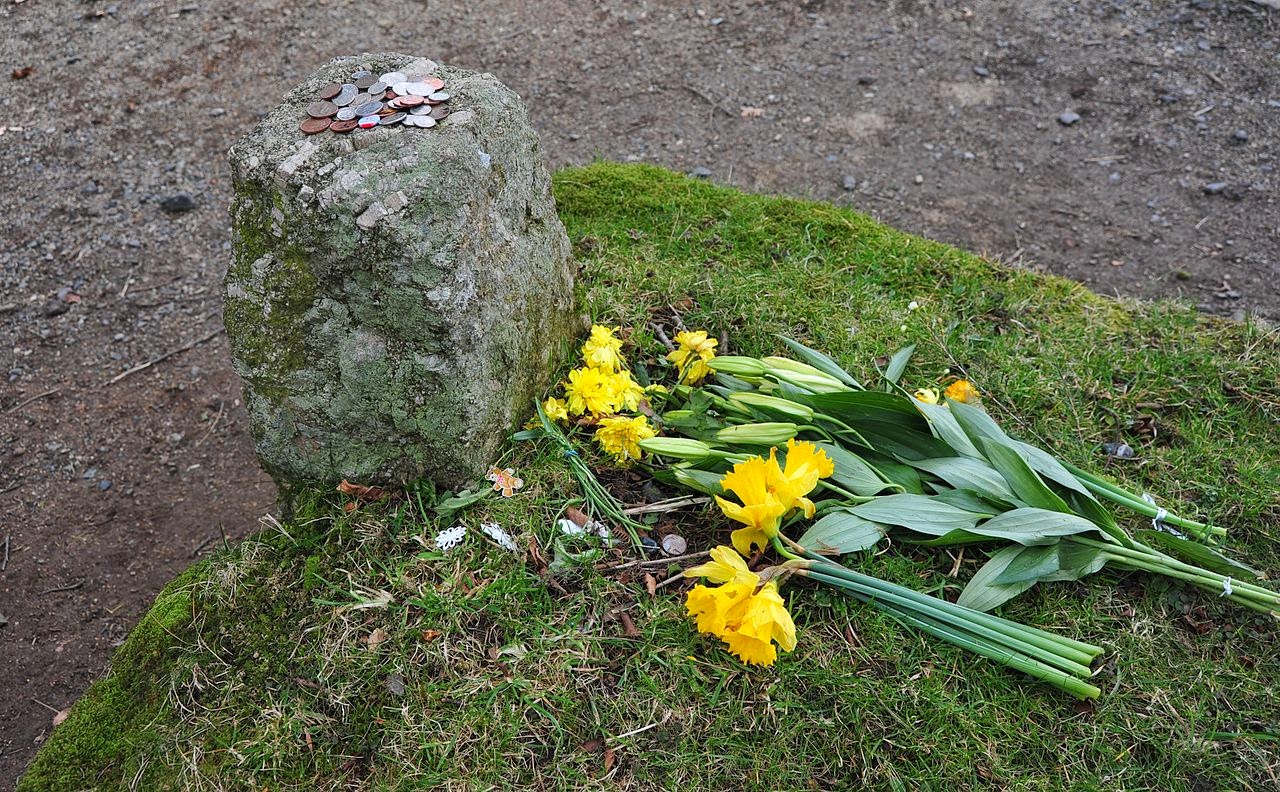 4. A NAMELESS GRAVE AT THE CROSSROADS

All that is known about the grave, haphazardly placed at the entrance of a small road in Dartmoor, England, is from word of mouth. Even so, the grave of Kitty Jay has fascinated people with its mysterious folkloric history. The grave, which is little more than a grassy mound crested with a blank stone, is said to have belonged to a young woman named Kitty Jay (and many other variations on the name) who committed suicide in the late 18th century. There are many stories of what brought her to her demise, and the particulars always vary—as they do with folktales and urban legends—but the story usually maintains that she became pregnant out of wedlock, and out of shame hung herself in a barn. Since then, her bones are believed to have remained under the mound at the mouth of small lane. Suicides used to be buried at crossroads as they were considered sinful and were denied a proper Christian burial. But Kitty Jay was not snubbed in death; in fact, fresh flowers have appeared on her grave for as long as anyone can remember and no one has admitted to placing them, and it is believed by locals that they are laid by pixies. Travelers have taken to leaving coins, candles, and other offerings for the long-dead woman. The gravesite is also rumored to be haunted, and there have been sightings of a footless female apparition that appears in the headlights as one drives down the road at night. Others report having seen a shadowy, hooded figure crouching over the grave, perhaps placing the flowers? 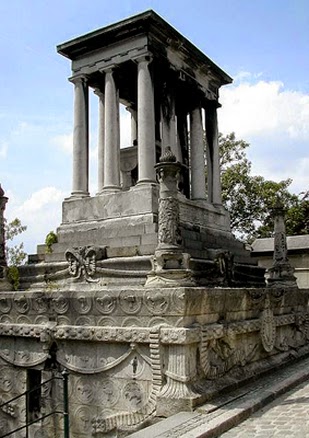 5. WIN A PRINCESS’ FORTUNE BY SLEEPING IN HER GRAVE

In the sprawling Père Lachaise cemetery in Paris there are rumors of a tomb that holds a Princess… The Princess (or Baroness, or Countess…) of our legend is Elizabeth Demidoff, who married her husband Nikolai in 1795 at the age of 16. The couple had two children and lived in France and Italy before returning to their homeland of Russia. Elizabeth and Nikolai were said to have been of completely different natures, so it was no surprise when the couple separated in 1812 and Elizabeth returned to Paris to live out the rest of her days. After her burial in the Père Lachaise, rumors began circulating of the Princess’ will, which supposedly read that she would gift her fortune to anyone who could live in her tomb for a year. Newspapers ran the strange story and “challengers” began arriving at the enormous tomb to take on the macabre test. Strange details of the legend soon formed; some said the Princess was laid in a glass coffin, so that whoever shared the tomb with her had to look at her at all times. Apparently no one could last more than a night in the tomb, and would run out screaming, sometimes driven to madness. It has also been suggested that Elizabeth Demidoff is a vampire. Whether the tales are true or not, the tomb in Paris has been sealed so that no one else may take on the ghastly challenge.