I'm sure we have all had a shitty apartment in our day--maybe the sinks don't drain or there is a critter infestation--but these pads take it to a whole 'nother level. 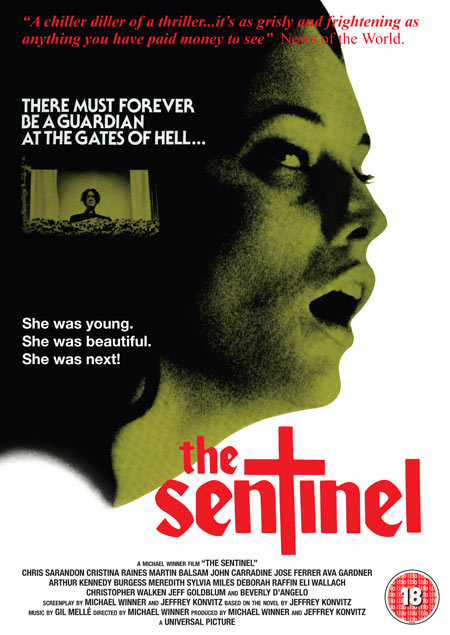 THE SENTINEL (1977) ~MICHAEL WINNER
I recently did a piece on this for Vital Viewing, but I really can't reference this film enough. It is kind of a low budget sleeper hit, but you really must see it, because it is phenomenal. Our protagonist, Alison (played by Christina Raines) is moving into her very own apartment--oh joy! She thinks she has found the perfect one; it sure is purdy, but it has a few... quirks. First of all, the neighbors are freakin' wacky--there's an old man who carries about his cat named Jezebel while his parakeet Mortimer, a pair of PDA indulgent lesbians, and a blind priest who spends all day staring out the window. What is even worse than having them around is learning that they don't exist! After complaining about them to her landlord, the woman informs her that she is the only tenant in the entire building. She is haunted nightly by specters and demons--the reason? Alison's apartment is a gateway to Hell! ~MR 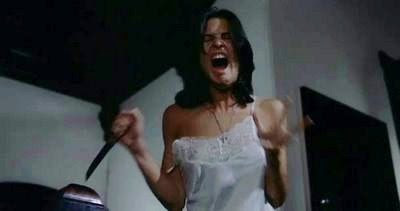 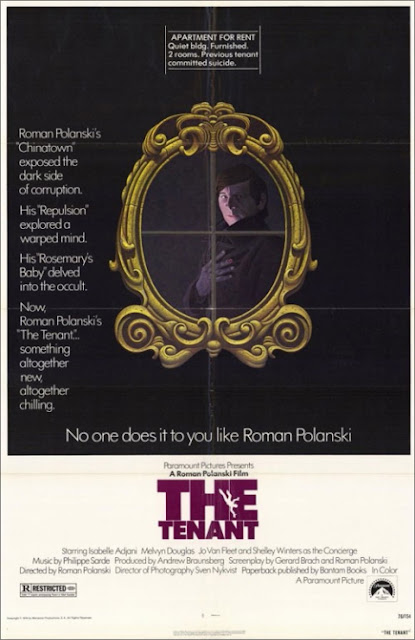 THE TENANT (1976) ~ROMAN POLANSKI
Written, directed by, and starring the man himself, Roman Polanski remains to be one of my favorite directors. When asked what the scariest movie I have ever seen is, I usually reply with this one. Polanski has been through enough horrible shit he knows all about terror and psychological stress, and this movie is all about a man's breakdown. Polanski plays Trelkovsky, a man who rents an apartment where the previous tenant recently committed suicide. The rudeness of the other tenants in the building begins to get to him, and his starts building this idea in his head that they forced the deceased woman to commit suicide, and now they are trying to do it to him, as well. Things really get weird after sundown, when Trelkovsky is haunted by terrifying and strange hallucinations and makes a hobby as cross-dressing as the suicide victim. This movie is as terrifying as it is bizarre, and I fear that it doesn't get all the appreciation it deserves; so please, do yourself a favor and watch this film!! ~MR 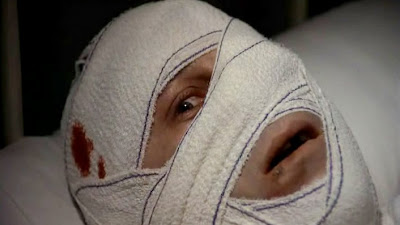 Labels: Festival of Lists, Terrible apartments, The Sentinel, The Tenant

The Sentinel certainly creeps up on you...the ending is totally insane. And there's some genuinly spooky imagery on this one when she gets visited by a ghost in the middle of the night!

The Tenant is another Polanski masterpiece, part of his 'apartment trilogy', ever seen 'Repulsion'? Highly recommend it! It also takes place in an apartment, but with a woman going out of her mind, I think you will enjoy it if you dug The Tenant. It has a lot of nightmarish images, it gets very surreal, it's in black and white and stars the beautiful Catherine Deneuve.

I have seen Repulsion!!! Loved it. What is the third film in the apartment trilogy?

The Sentinel has all the right elements, but for some reason I couldn't get anything out of it. The Tenant looks great though.

I love both these films, but The Tenant will always be one of my favorites! The anxiety and disorientation that film evokes is pure Polanski genius!

The Sentinel is a great but criminally underrated film!

The third film in the Apartment Trilogy is Rosemary's Baby, which takes place in Rosemary's apartment in New York City, but I'm pretty sure you've already seen that one!

Oh gosh, yes! Thanks for that information, though!!