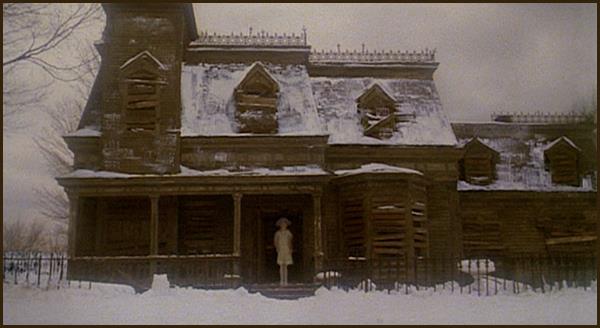 One of my very favorite films is steeped in cold dread as four men face the irresponsible and costly mistakes of their youth. A freezing winter setting is perfect for the ghostly happenings that descend upon the small New England town of Milburn. There is a quiet uneasiness about the whole film as it follows a group of older gents that when in college, met the beautiful and enigmatic Eva Galli. A horrific accident puts Eva in her grave - but she doesn't quite stay there.  While some people complain about it being too slow, or that it doesn't follow author Peter Straub's book close enough (and I've long considered Straub's book my favorite novel) - it didn't bother me. The weather plays a big part in Ghost Story, as their little Vermont town is front and center and overtaken by snow at every turn.  It even has some lovely wintery deaths (a man falls off a bridge into a frozen river, another is attacked in his car while driving down a snowy road and ends up into a snow bank, etc.) and then there's the fact that Eva Galli has been under snow and ice in the pond for over fifty years...and she's pretty pissed.  A well-worth it slow burn with loads of atmosphere and many chilling scenes that will stick with you for a long time to come. /CH 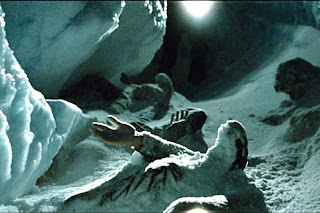 Having survived the massacre at the abandoned hotel, Jannicke finds her way to a hospital. Much to her chagrin, the body of the maniac she tossed over an icy precipice has been recovered along with her dead friends, and brought to the same hospital. On closer inspection, the doctors discover he is not dead at all… Cold Prey II is a supreme slasher sequel. Picking up directly where the first film leaves off (in the first of many nods to Halloween II) it maintains the suspense and adds to the back-story. Aware of its status as a slasher sequel, but not in a Kevin Williamson kinda way, it has a bigger cast, higher body count and more elaborate kills, but still unravels as a refreshingly intelligent horror film. The body count may be higher, but the bodies are fully developed characters that react realistically to their predicament. The draughty, eerily deserted hospital setting emphasises the isolation and vulnerability of the characters. The explanation for its emptiness is rooted in social commentary and mirrors the plight of many small rural communities in Norway. Adding to the creepy atmosphere is the ever-wintry environs of the rural setting. Not a good place to be stranded when a psycho is on the loose…/JG 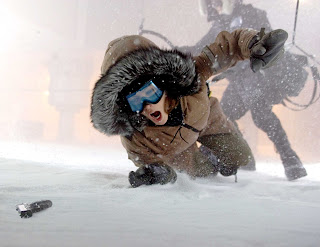 Looking for meteorites near the South Pole, an unexpected murder investigation goes south as Kate Beckinsale tries to discover who is on the right side of the law. When an unknown body is discovered in a remote location, it doesn't take anyone too long to realize death by ax in the Antarctic isn't exactly the norm. While it's somewhat hard to fathom Beckinsale as a US Marshall, I suppose belief can be suspended for a few hours while we watch her try to nab a killer. Time is of the essence though, as if they are too late boarding the final plane out before a monster storm, they will be stuck there for six months - with a murderer.  Not the best plot ever, but the howl of the antarctic wind, the brutal temps and non-stop blizzard conditions pack a frigid punch. /CH 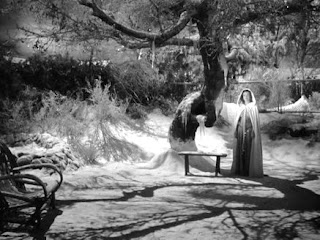 This ‘tender tale of terror’ was a follow up Cat People, the first in a series of moody, literate horror films produced by Val Lewton in the 1940s. It told of Serbian immigrant Irena who believes she descends from a race of people who turn into slathering panthers when their passions are aroused. Her marriage to the All-American Oliver becomes increasingly strained, and when Oliver begins an affair with his co-worker Alice, Irena’s heartbreak and jealously unlocks a side of her she had previously tried to suppress… Whereas Cat People, one of the first films to reference the work of Sigmund Freud, plays out as a dark and unflinching study of sexual repression and anxiety, Curse unravels as a haunting study of childhood fears and psychology, as Oliver and Alice’s young daughter makes a new friend who bears an uncanny similarity to her father’s now-dead first wife. Is her friend imaginary or is something more sinister afoot? Directed by Robert Wise, Curse is another evocative Lewton production which demonstrates how effective the ‘less is more’ approach to horror can be. Choosing to suggest horror rather than show it outright, Curse is a beautifully moody and atmospheric tale. Much of the story unfurls around Christmas time and there’s a particularly memorable moment when Irena reveals herself to Amy in the garden; light and shadows dancing and moving across the snow-covered scene./JG 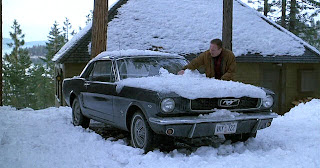 MISERY (1990)One of the best Stephen King adaptations to date, Misery not only showcased the stellar acting talents of both Kathy Bates and James Caan, but it made everyone think twice about admitting to being a "number 1 fan:" of anything.  Paul Sheldon leaves his writing haven during a blinding snowstorm and finds himself down an embankment and into a snowbank, soon to be rescued by one Annie Wilkes. Conveniently, Annie is a former nurse with knowledge of orthopedic injuries and an endless supply of pain killers.  Unfortunately for Paul, she's also fucking crazy.  The tension that ensues as Paul begins to realize he may never get out of Annie's remotely located snowed-in farmhouse only ratchets up further when she finds out he's been out of his locked room.  Not only that, but he killed off Annie's favorite character in his famous Misery Chastain romances. Over time the snow piles up higher and higher, as does Paul's fears - until he devises a plan to escape.  But Annie's punishments are ever-so hobbling humbling. A really great film to watch on a snowy Sunday afternoon./CH 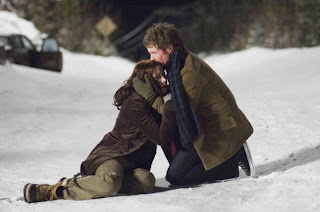 Revolving around two unacquainted university students driving home for Christmas and becoming stranded in a snow storm on a haunted stretch of road in the middle of nowhere, Wind Chill has much to recommend it. Described by its screenwriter Steven Katz as an attempt to create “the world’s smallest ghost story”, the majority of the film is set within a small, draughty car stalled on the snow-smothered roadside. Boasting a creepy intimacy which is enhanced by well-drawn characters, an unnerving atmosphere, claustrophobic setting and unrelenting chilliness, much of the uneasiness, to begin with anyway, comes from the frosty relationship between the two characters. Although events eventually venture out into the snowy night beyond the relative safety of the car, they do so only briefly, and what unfolds there, in the dark, icy forest, will have you longing to be back inside the car. Disturbing encounters and spectral visions bolster the wintry tone and up the tension, as do the secretive and ambiguous nature of Ashton Holmes’ character, and his true intentions regarding his offer to drive Emily Blunt home. Sadly, if the overall foundering atmospherics don’t freeze your blood, the unsurprising reveal will leave you feeling somewhat cold…/JG

When it was announced that an American remake was in the works for the already perfect LTROI made only a few years before, outrage within the horror community seemed imminent. The original film, based on the book by John Ajvide Lindqvist, was a fantastic tale about a adolescent young boy and his relationship with a cold-hearted killer - a vampire stuck in the body of a twelve-year-old who has been feeding off humans for decades. The remake tells the same story, basically. The two actors in the main roles (Chloë Grace Moretz and Kodi Smit-McPhee) were excellent as Abby and Owen, able to convey true depth of emotion well beyond their young years. As the two get to know each other in a snow-covered courtyard of their apartment building, we slowly become aware that Abby is something other than just your average pre-teen.  Winter horror abounds here, with frozen lakes, snowy schoolyards, and plenty of the red stuff on white. For as quietly wonderful and genuinely terrifying as the original film is, this redux is - while not its equal - an extremely good Americanized version. In my opinion not to be missed, and I don't say that about too many remakes! /CH