The Black & White Realm Of Horror: Hour Of The Wolf 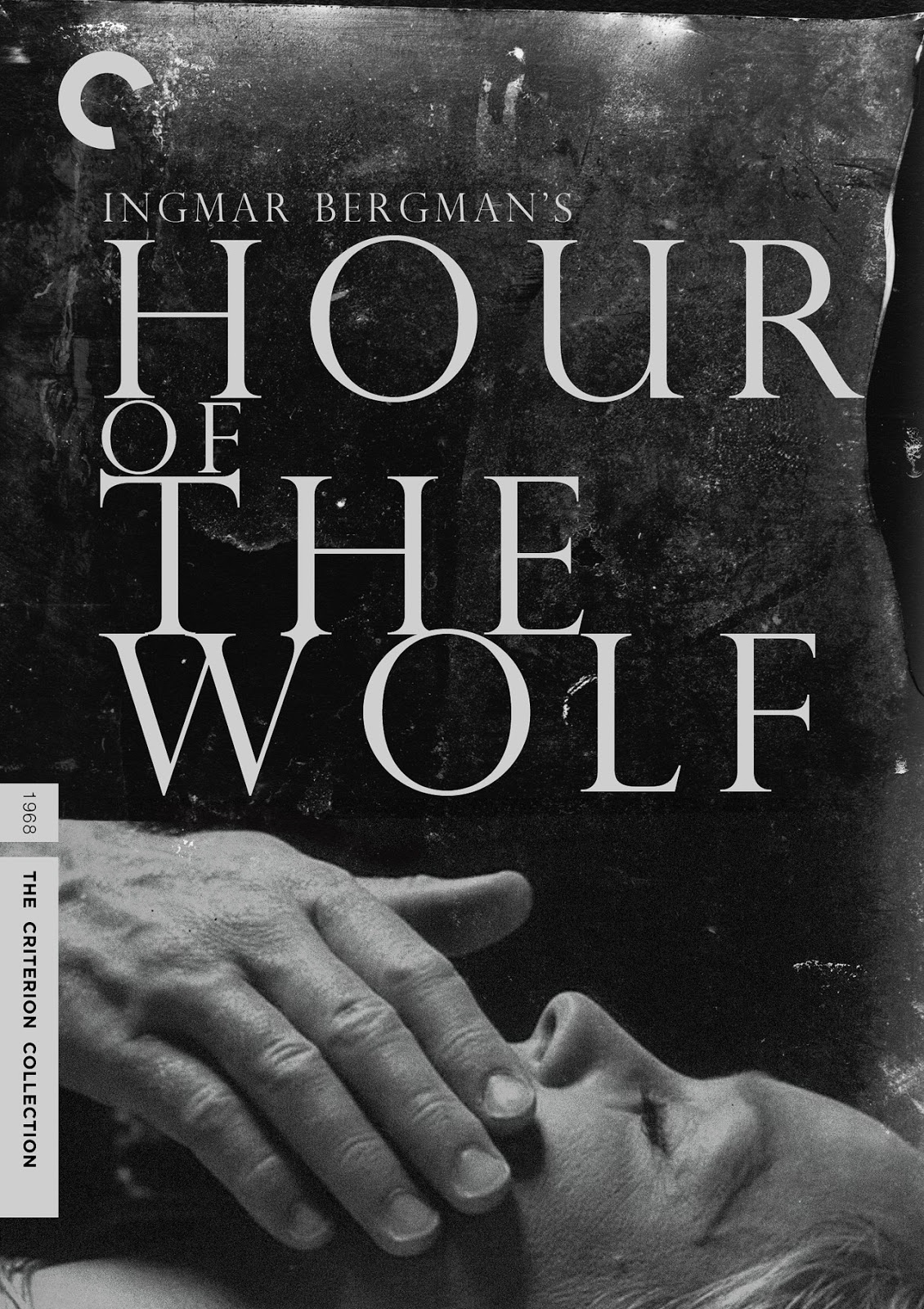 Even though Ingmar Bergman is a damn good director, he has given the world only one true horror film. 1968's "Hour of the Wolf" (or "Vargtimmen") is a deeply atmospheric black and white film about a man and his wife and the time they spent an ocean-side cottage.

The film opens on the sweet and soft-spoken Alma (Liv Ullman) telling someone (us, perhaps) the story of her husband's disappearance. Her husband, Johan, is played by Max von Sydow, who seems to be a favorite of Bergman's. He's been acting for a solid 50+ years and still goin'. Also, I'm just going to put it out there that he is a weird looking man. I can never decide if I think he is good-looking or not. 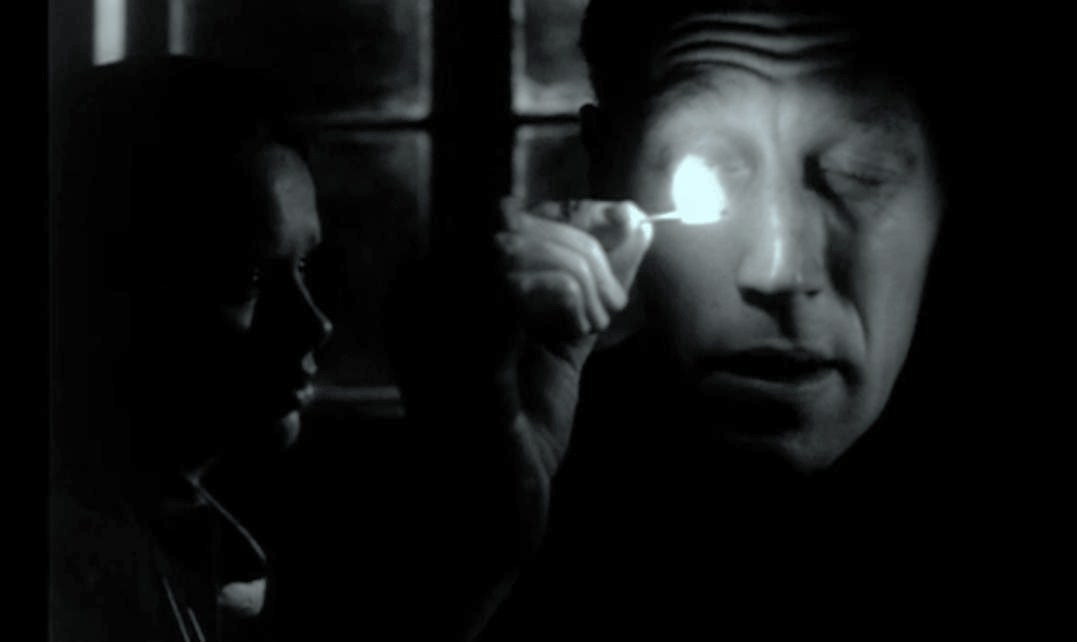 Johan is a painter by profession and his personality fits that of most artists I've known; brooding, moody, and solitary. He begins acting strange and confesses to Alma that he is being haunted by a curious cast of characters, including an old woman whose face comes off when she takes off her hat and an old lover of Johan's. Because of these alarming entities, Johan suffers sleepless nights, forcing his wife to accompany him in consciousness until the dawn breaks.

Most of Johan's encounters come alive off of the pages of his journal, which Alma reads to try and get a grasp on her husband's increasing anxieties. The things we witness through Johan's written memories are bizarre and unsettling, and makes us question the mystery behind the man and his past.

The characters in this film are beautifully written. Alma and Johan bear an honest, true-to-life complexity, both as individuals and as a couple. The "ghosts" are wonderful in their spooky strangeness. Everyone gives a great performance, and Bergman gives his flawless direction.

I said before that the movie is cloaked in atmosphere, and the black and white film truly puts the edge on it. Shadows and darkness are crucial to the film, and there are many-a-haunting scene lit by candlelight.

As with any great ghost story, there is a huge psychological aspect. The viewer is always finding themselves cocking their head, pondering, "What is real?" In some films this is used as a weak attempt at profundity, but in "Hour of the Wolf" is a real, frightening connection the audience has with the characters. A good ghost story has you asking what's real or imagined. A great ghost story leaves you scratching your head about it long after the story's been told, and perhaps giving you no definitive evidence either way.

I will leave you with what is perhaps the world's longest tagline. "'The Hour of the Wolf' is the hour between night and dawn. It is the hour when most people die. It is the hour when the sleepless are haunted by their deepest fear, when ghosts and demons are most powerful".
Posted by Christine Hadden at 1/24/2013

Loved this movie and article!