I'm pretty sure I've mentioned this a while back, but I have a lot more followers than I had a year ago (yay and thanks!) so I'm plugging it again.

Horror fans should absolutely check out the Horroretc Podcast. It rocks royal ass. 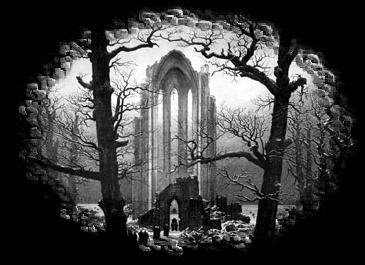 Hosted by two guys who are really in the know regarding horror, it is a weekly podcast about all things in the horror genre. Ted & Tony have been talking horror for 113 episodes now - around two years I believe. It doesn't have a strict format, going more for a laid back discussion about whatever they come up with - though each week tends to have a theme. Most talk is movies, but occasionally they do shows on the written word, gaming, TV, music...most anything.

They have also put together Audio commentaries for films such as Halloween, The Thing, and A Nightmare on Elm Street. Directors have been a popular subject as well, with shows on Guillermo Del Toro, John Carpenter, Tim Burton, and others.

The podcasts usually last around an hour, and I download them straight from iTunes so I can take them mobile. But you can listen to a direct feed from the site as well.
I never thought I would be into podcasts, but these guys changed my mind. I'd heard several before them where the hosts just sat around and got loaded, swore the entire time, and sounded like teenagers in heat. No thanks.
Ted and Tony are adults, thank you very much. They usually crack open a Guinness or two in the process, but it doesn't hurt the commentary!

Oh, and they have a very active forum, where a lot of horror fans chime in on tons and tons of genre related topics.

So give it a whirl. Check out their complete episode archive here, and see for yourself how wide a range of topics they have discussed. I give it a shining recommendation and really can't praise them enough.

I've been listening to Horror ETc for a long time now. Always a great show. It gets a thumbs up form me too!