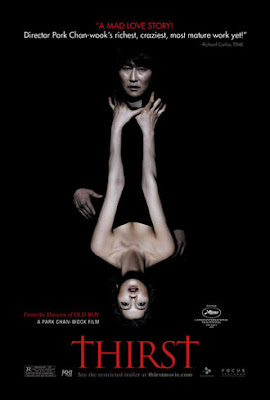 Thirst is a Korean gem written and directed by Park Chang-wook (Oldboy)
Sang-hyun is a priest who volunteers on the side at a hospital in his spare time. He has become disillusioned with life and other's suffering, and decides to be a willing participant in an experimental treatment for the EV disease. The so-called Emmanuel Virus has been wiping people out left and right, and Sang-hyun feels a calling to help. 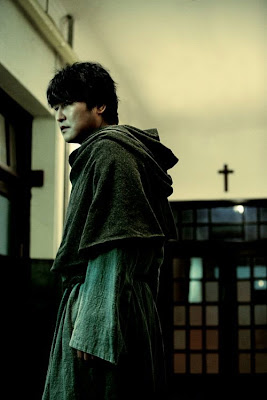 Suffice it to say, things don't go as planned. He contracts the disease, but he somehow makes a miraculous recovery.

Here's where things amp up. You see, Sang-hyun is now famous. When he returns to his village, all his parishoners believe him to be a saint of some kind, able to heal the sick and such.
Soon, Sang-hyun finds himself reconnecting with an old friend, Kang-woo, and his lovely wife Tae-ju. 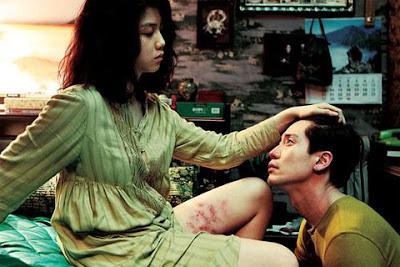 He's invited to their home to play a rousing (?) game of Mahjong and while there, Sang-hyun discovers he is harboring some very sordid thoughts about his friend's little missus.
Bizarrely enough, he collapses and dies.
Funny thing is, it doesn't last. He wakes up the next day with an extreme aversion to sunlight, and the need to gulp down some blood from the nearest coma patient. It then becomes apparent that Sang-hyun is a vampire.

So that he does not have to resort to murder to satisfy his bloodthirsty urges, he begins to steal blood from the hospital. He begins to meet Tae-ju on the sly and between the adultery they discuss how pathetic her life has become with her ill husband and controlling mother-in-law (who basically raised her from a youngster then pretty much forced her to marry her son... and you thought your mother-in-law was a nightmare...)

Tae-ju inevitably finds out about Sang-hyun's "medical condition" and at first she is scared out of her wits. But soon she is begging him to kill her husband, though Sang-hyun figured they could just run away together. It is only after he finds bruises on her that he agrees to take care of the situation. The couple take him out on a boat and drag him under the water, drowning him. 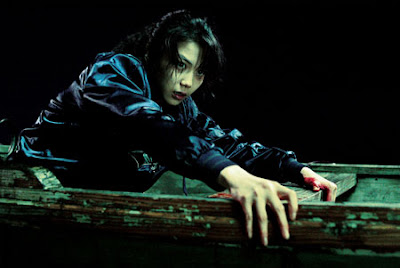 Here's where things get even worse. Ghostly visions and hallucinations begin to haunt the couple, and finally Tae-ju admits Kang-woo never harmed her. Livid due to the fact that he had tried so hard not to kill anyone, Sang-hyun proceeds to do something that will change the course of their lives. Again. 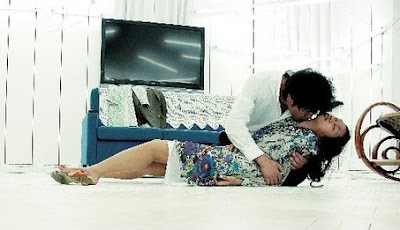 I just can't give anything else away without it being a blatant spoiler. But I must accomodate the film for its beautiful cinematography, the director's flair for getting the best out of his actors, and that stupendous ending!!

To be completely honest though, the movie lagged. With a running time of over two hours, it was long. Too long. I became a bit antsy and wanted to perhaps surf the internet or write out Christmas cards while watching. Thankfully, I didn't. Because attention needs to be paid to this subtle yet clever film. Underneath the obvious vampire plot, Thirst is a morality play. Sang-hyun's ethics are tested again and again, and if you ask me - he holds up pretty well.

I'm certainly not saying it's as superior as Let the Right One In, but as far as foreign (or domestic for that matter) vampire films, this one has enough differences and nuances to exceed your usual vampire expectations.

*One more thing... if underarm licking isn't part of your normal sexual routine, you might be a bit grossed out at some point. I know I was ;)~

This was one of my favourite horror movies of the year. Korean horror is hilarious and bloody! The underarm licking was creepy yet raunchy, just how I like my horror to be ;)

Cool review. I loved this film - it put a really interesting twist on the whole vampire genre. The ending is so bittersweet.