Sometimes, an innocent face is anything but... 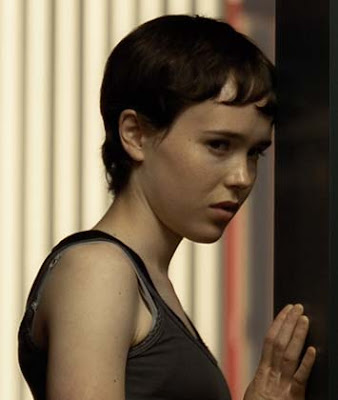 The movie Hard Candy can hardly be called a horror film, but as this blog is named Fascination With Fear, I feel it warrants inclusion in this particular showcase of women in horror. The events of said film cannot be called anything less than horrifying, truth be told.

Hayley is a 14 year old girl who has been flirting with Jeff online for some time now. Jeff is a 32 year old male and has no idea Hayley is so young until they decide to meet. Even upon finding out about her young age, Jeff stupidly still agrees to go back to his place to listen to a new Goldfrapp cd. 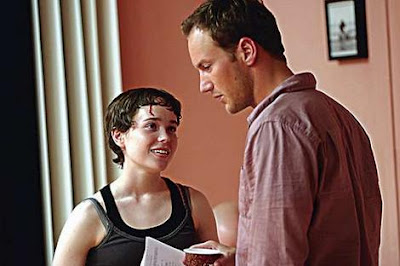 Once there, Hayley makes them some drinks and does a bit of dancing - urging Jeff to take some photos of her like others she's seen at his place. Unfortunately, Jeff eventually passes out because Hayley has drugged him. 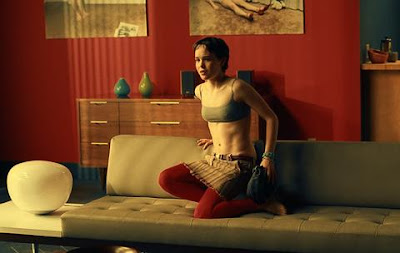 When he awakens, he is strapped to a chair and is told by Hayley that she knows he's an online predator - a pedophile who has something to do with a missing girl in the neighborhood. She's been tracking him and watching him for some time.
Who's the predator, you might ask?
Things only get worse for Jeff, and words like castration and suicide come into play. 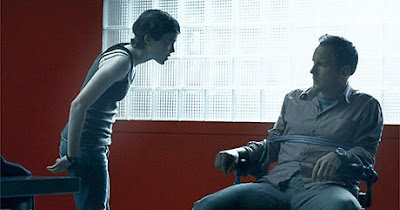 But can we really call Hayley a villain? If these things about Jeff are indeed true, is he not the villain? Many would argue about the necessity of sexual predators being taken out of society by one means or another. But is it up to a 14 year old girl to remove the testicles of a man for whom there is no proof and only his word to defend him against her allegations?

Hard Candy is a tough film to watch, but stellar acting by the two leads make it well worth the time.
Ellen Page (Juno) is simply put, perfect. Frightening, determined, and yet oh-so sassy. Her performance is truly outstanding.

The end of the movie will have you reconsidering your already formed opinions on the subject, if only for a few moments.

I think pedophiles might consider this there ultimate horror movie. And I know a lot of guys that were really horrified during that one scene. Haha.

I think we know 100% Jeff is guilty after Haley sees the photos.

In any case, this Slade movie is blew me away when I first saw it. Ellen Page was awesome in this.

I mean the comparison to Little Red Riding Hood is obvious but the subject matter is sickly depraved.