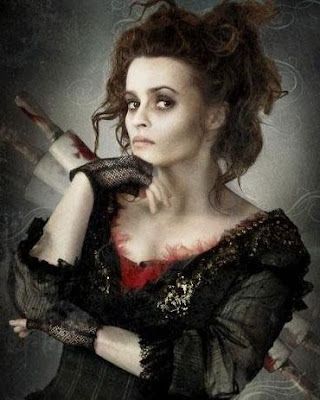 In honor of Valentine's Day, I made the inspired choice of Mrs. Lovett for our villain.
After all, she did it all for love.

Sweeney Todd: The Demon Barber of Fleet Street has been around the block a few times, and Mrs. Lovett has been played by many a female come stage or screen - including Angela Lansbury and Patti LuPone. 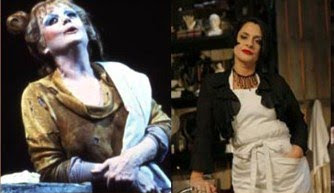 But for all intents and purposes, I've chosen the recent movie version to focus on, with Helena Bonham Carter in the lead. Now I won't say she had the strongest voice ever to play the role (ah, hell no!) - but I could get behind the casting simply on looks.
She embodies what I imagine Mrs. Lovett to look like. 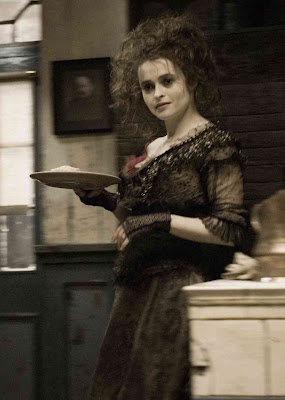 Anyway....Mrs. Lovett was simply put, love-struck over the dapper demon barber (and I would be too if the dude looked like Johnny Depp, even with the skunk hair).
She aspired to be his one and only, and helped him hide the evidence of his crimes just to get on his good side - or into his bed, I think. She conveniently had a room for him to stay in and set up shop, and she had kept all his barber straight blades as well. She even helped him find "customers"...
But her scheming got her what?
A hot date with a iron furnace grave. 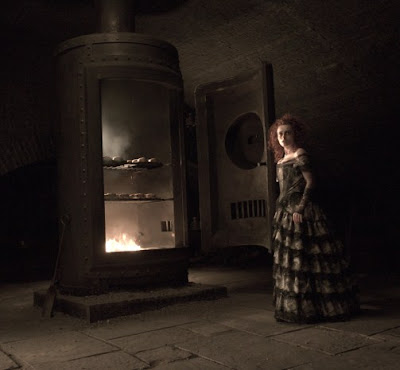 When Sweeney finds out she's responsible for not only hiding the fact that his wife isn't dead (which she definitely led him to believe), but also - because she didn't tell him that his wife was actually the street beggar - that those repercussions led to him slitting his own wife's throat, there was nothing on this earth that could have saved Mrs. Lovett from his vengeance.

And we haven't even touched on the fact that she was using humans for those special, one-of-a-kind meat surprise pies! Covering up Sweeney's bloody habit, she used the bodies to benefit herself as well. 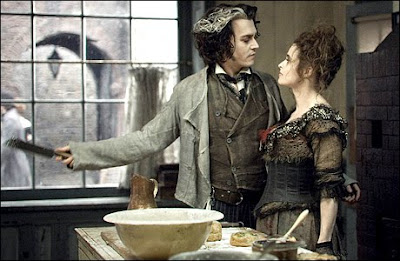 But alas, Mrs. Lovett's reign of terror - all in the name of love - went down in flames.
Literally. 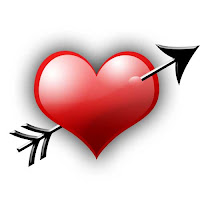 I am quite fond of Mrs. Lovett myself- Angela Lansbury's version reminded me of something out of WHATEVER HAPPENED TO BABY JANE? and Patty Lupone's interpretation stuck me as a black widow type of character.

The movie version however brought something very different I thought. She made me wonder if Mrs. Lovett kill her husband or if she had somehow goaded Mr. Todd's wife into her attempted suicide.