Here's the deal.
I hate dummies. No, not the idiots at the DMV or the jackass that cuts me off on the highway - I mean actual dummies - puppets - dolls, okay? I hate their colossal glaring eyes, too-shiny cheekbones, the stiffness of their little wooden bodies, and most of all I hate their damn mouths...the cuts at the jawline that allows their mouth joints to move. Hate really might not be a strong enough word.

So bear with me on this particular post, as I only saw this movie once. My memory might not be the best. Feel free to correct me if I muss up the details. 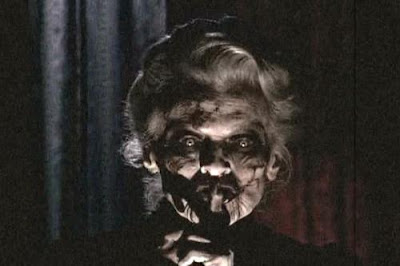 Well renowned puppeteer extraordinaire...well, until Michael Ashen, a youngster in her audience, taunted her about being able to see her lips move while using her most "famous" puppet, Billy. 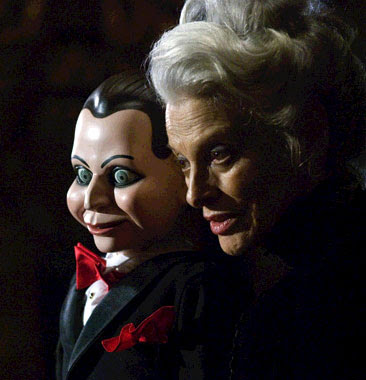 (Warning: don't piss off the lady with the dummy!)

Not surprisingly, Michael goes missing and Mary is blamed. His family hunts her down and kills her, after cutting out her tongue. Before she dies, she strangely asks to be buried with her cache of 101 puppets - and even weirder - wants to have her body made into a puppet as well. Okaaaaay, that's just creepy. 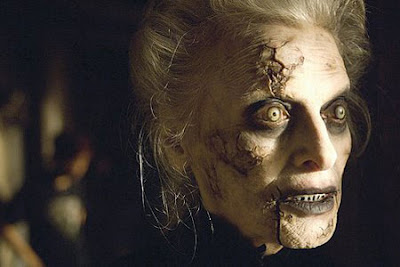 So of course, Mary's ghost sets out for retribution against the entire Ashen family, killing each one - but only when they scream. The title of the film comes from this, as the only way to escape Mary's wrath is to keep quiet. In addition, each of her victims is found with their tongues cut out, natch.

Tragically, the movie's hero Jamie (the always lovely Ryan Kwanten of True Blood fame), finds out he's related to Michael Ashen, and soon his number will be up as well. His (pregnant) wife has already been murdered at the hands of Mary, so he delves further into the mystery and discovered all the Ashen family have eventually lost their lives due to the Mary's curse, and that he was sent away to boarding school to keep him away from Raven's Fair - the town where he grew up and the tragedies occurred. 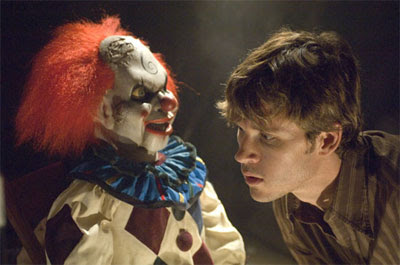 (...as if dummies alone weren't enough, they had to throw in a CLOWN dummy! Arrrgh!)

While not the most spectacular plot in history, Dead Silence still delivers a few scares, and anyone with an aversion to dummies/dolls (read: yours truly) will find it more than a little bit unnerving. The disturbing realization that Mary is making all her victims into dummies - oh please - say it ain't so. My worst nightmare.

The ghost of Mary Shaw is a pretty by-the-numbers kind of character, but when she begins speaking through one of the dummies, explaining her reasoning and the impending doom to Jamie, it just brought back so many chilling memories of other freaky puppets in my horror past and I just about turned it off. 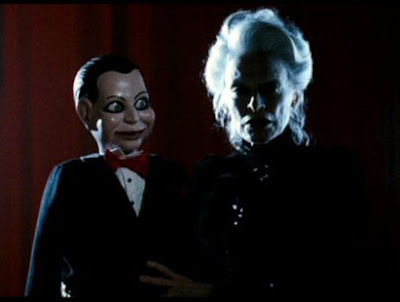 However, I made it through, and lived to tell the tale. But I'm afraid Ryan Kwanten will have to stick to vampires, nymphomania, and "V"-induced trances, cause his character in this one...well, let's just say it didn't end well. 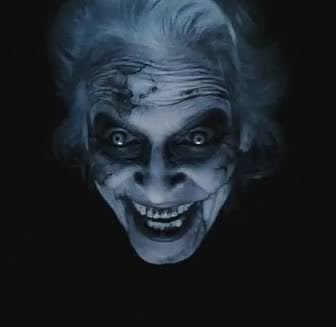 I didn't like this film much but I thought the make-up work, costumes, concept and filming techniques were really interesting...