Female Villains in Horror: May

Sometimes, all we want is a friend. 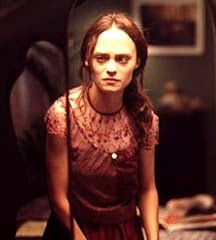 May Canady is a hapless, awkward teen who has alot of trouble making friends due to a lazy eye. Naturally, all the other kids make fun of her, in particular when her eye doctor tells her to wear an eye patch. It's like walking the plank after that, and when May's mother provides her with a doll "to be friends with", May takes this very seriously. 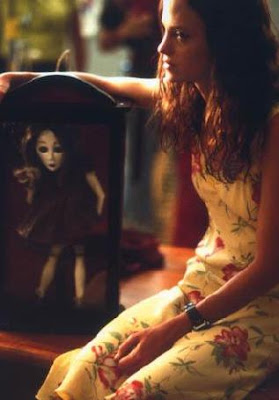 Later in life she has had her eye fixed but still is unable to easily interact well socially with others. When she manages to find a boyfriend, she eventually drives him away with her weirdness. For some reason, boyfriend Adam has made a film about a couple who end up eating each other at a picnic (and you thought May was weird...) and this excites May into actually biting his lip while they are kissing. Naturally, this wigs Adam out.

May is fascinated by body parts. First it's Adam's hands, then her lesbian friend Polly's neck. She pretty much thinks people are imperfect... and that only parts of them are ideal. 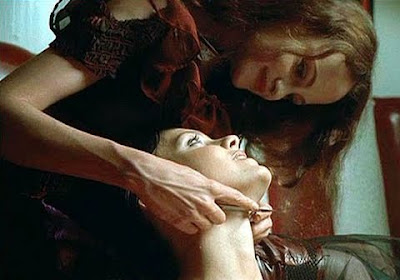 When Adam doesn't call her again, she gets angry. When Polly starts an affair with another girl, she gets mad. When a random boy with a nice tattoo strikes up a conversation with her and ends up back at her house things devolve into a pretty bad situation (for tattoo-boy, to be sure). 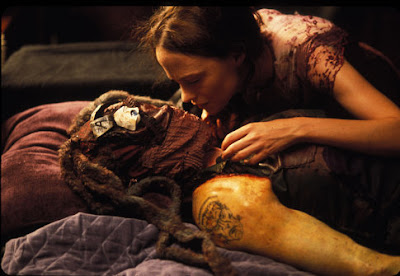 And as a last straw, when May's doll is smashed into pieces, May takes it upon herself to make a new doll.

Using the body parts of all who have wronged or misunderstood her.

Angela Bettis totally embodies the role of May in this movie, so much so that I've never been able to watch her in something else without thinking of this particular film. God she's disturbing. 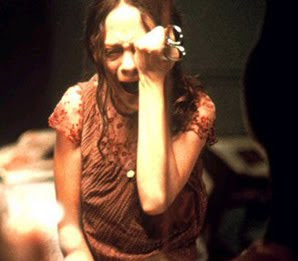 May is a very original, unique addition to the horror genre, and this is one case where when they tell you to avoid the weirdos, they would be correct.

Aww I don't see her as a villain, she's just misunderstood. :)

Talk about completely unsuspecting and unassuming when I got this film and it slowly devolved into complete madness. I agree with Hey Look Behind You, I think she was partially misunderstood because of her whacked out upbringing.

What is that last picture from? I must see it immediately.

Andre - whoa, that last picture was actually from a movie called Scar - I mistakenly put it up. The pic I wanted is there now.
Scar is a thriller from '08 starring Bettis about a serial killer...
Thanks for catching that mix-up;)

And though she was sadly misunderstood, she still killed several people...guess that still makes her a villain, albeit a rather depressing one.

Oh Hahah I was hoping it was a deleted scene from May!

I love this film - I like that May's 'villain' status is debatable too.