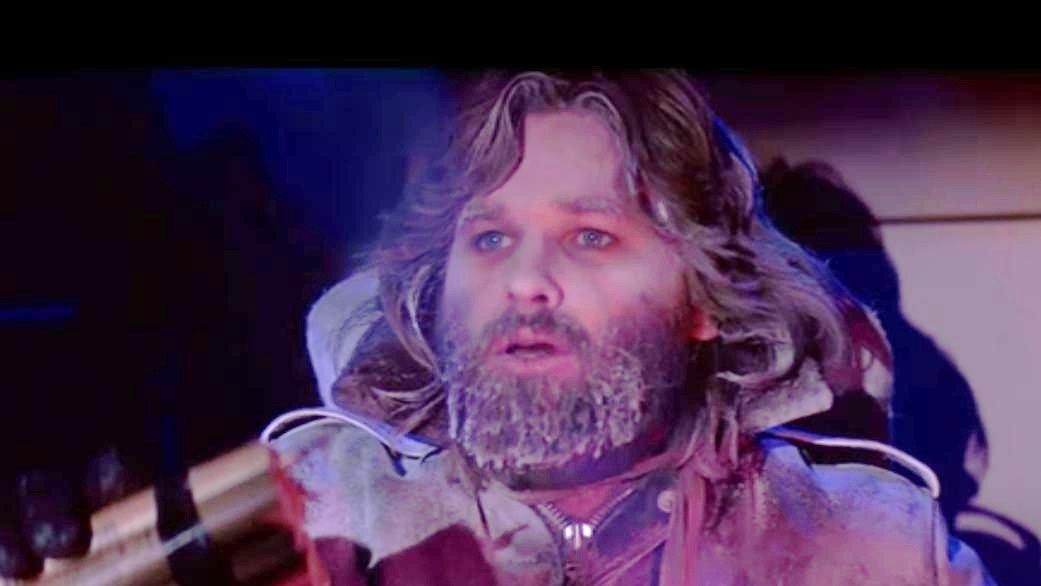 If you want to get the full experience of winter, Antarctica is the place to go. Now that is a creepy place in itself; no divide between day and night, just a never-ending pallid landscape. Add a creepy disgusting alien and you've got yourself a quality horror movie. I mean, we're talking the best, a classic. Kurt and his pals are alone in true isolation as a group of scientists who are faced with the unthinkable, a highly intelligent, shape-shifting alien that can imitate organic matter and take on the appearance of the people it kills. Tensions are high; emotions are a blur between seething rage and fear. This film has some wicked special effects, and is not exactly for the weak of stomach. It is an unforgettable tale of terror, one that has been treasured by horror fans and film connoisseurs alike.  With iconic moments and a stellar performance by Kurt Russell, the man, John Carpenter stole our hearts and froze us with fear in, what I consider to be, the epitome of winter horror. /MR

A weekend snowmobile trip in the mountains is abruptly interrupted by an accident, leaving a couple stranded in the snowy wilderness without cell service or a way back to town. At first glance, The Frozen may seem like it’s not opening any new doors here (stranded in the woods, no way out - been there, done that!) - but stay tuned.  Adding severe winter weather to the mix really takes it to a different level, and while I can’t say this is the best example of a winter horror film, you could do a lot worse (I.e. Hypothermia).  Newly pregnant Emma and her baby-daddy Mike are off to an obscure camping location when they wreck their snowmobile and have no way out.  Spending the first night in the dark woods has them hearing noises not unlike The Blair Witch Project. When Mike goes missing the next day, it’s up to Emma to find a way out of the woods. But that’s not the end of the story. There is someone in the woods watching Emma. Maybe more than one someone. And all is not what it seems.  Confusing at times near the end but still worth a watch for the frigid frights and worthy atmosphere. /CH 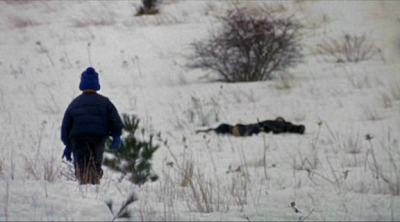 WENDIGO (2001)
If you were thinking that Native American legends just don’t get enough play in horror, then I have a movie for you!  Larry Fessenden drags out the legend of the wendigo in this quiet yet affecting little film.  George (Jake Weber), his wife (Patricia Clarkson) and their young son Miles (Erik Per Sullivan) are heading to a mountain cabin for a well-needed retreat from the stresses of daily life.  Regrettably, the stress levels only increase after they hit a trophy buck with their car and anger some local hunters who had been tracking the huge deer.  Tempers flare and even though the family finally gets to the house, it takes a while to settle down from the uneasiness of the day.  In fact, things take a downward turn from there when during a shopping trip to town, Miles picks up a small wooden replica of a wendigo and hears the legend from a local shopkeeper. This scares Miles and he is further frightened when his dad is injured when they are sled riding the next day and Miles is chased by what he can only assume is the evil wendigo. The question is, was it indeed the supernatural monster in question or is it just coincidence that brings about the menacing turn of events?  In any event, the ever-present frosty scenery helps set the entire tone of the film here, and the above-average acting helps elevate it into an effective entry into the winter horror sub-genre. /CH 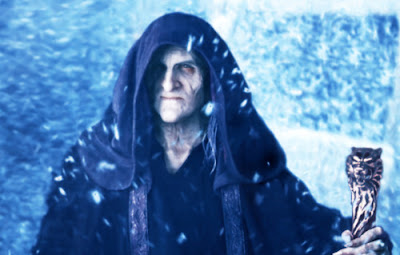 As Little Town Island faces the titular "storm of the century", a demonic force in the shape of a mysterious stranger shows up to wreak havoc.  The storm has rendered the small community helpless, unable to leave the island and forcing them to deal with not only this horrific weather event but with the devastating reality that evil has come to their safe harbor.  Town constable Mike (Tim Daly) has the unenviable task of investigating the events that are unfolding, beginning with the murder of one of town’s elderly residents. When the stranger, André Linoge (Colm Feore) implores “Give me what I want, and I’ll go away”, it is up to Mike to discover just what he means before time runs out.  Meanwhile, a storm the likes of which has never been seen begins to bear down on the village, driving the townsfolk to seek shelter at the church. Linoge reveals to them, only after casting some sort of spell on the children of the town, that he wants a child of his own to take over his devious work.  He pit’s the residents against each other by divulging nasty secrets about their personal lives, announcing their sins and admitting that he can make the whole town “go away” like he did with the Roanoke settlement back in the 16th century.  What makes this television mini-series so effective is the storm itself, which is a major player in Linoge’s insidious scheme.  The wind howls, the snow piles up, and people disappear into thin air as whiteouts become the norm.  It’s all part of the fun.  Fun that can only come from the mind of Stephen King. /CH 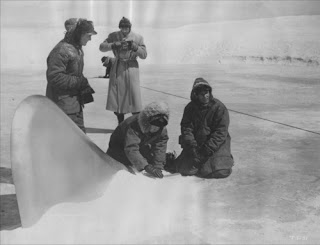 A group of scientists discover an alien spacecraft frozen under the ice in the Arctic. Retrieving the alien pilot, they take it back to their outpost to conduct research. When the ice in which it is entombed thaws out, the creature sets off on a bloody rampage. Based on the short story Who Goes There? by John W. Campbell, The Thing From Another World is one of the earliest, and most successful amalgamations of horror and sci-fi. Released during the Cold War Years, it also forms a near perfect allegory of America’s fear and mistrust of communism. The paranoia rife throughout the short story, and indeed John Carpenter’s masterful, visceral and chilling remake, is sadly absent from this adaptation, but it still emerges as an effective exercise in suspense and atmosphere. It really benefits from its isolated location and chilly atmosphere. The moody lighting and limited sets create a creepy atmosphere – those shots of the long corridors fading off into shadowy darkness could have been lifted right out of a Val Lewton production./JG 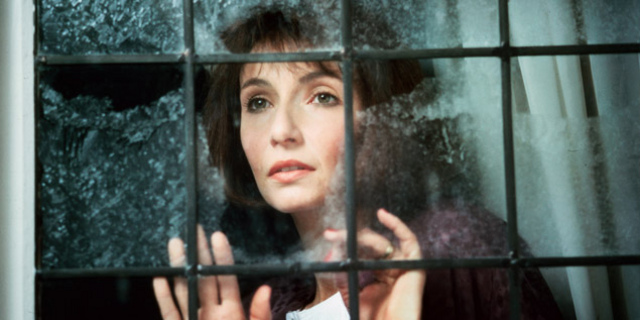 Mary Steenburgen stars in not one, not two, but three roles in this mystery-thriller directed by Arthur Penn.   Katie (Steenburgen) plays a down-on-her-luck actress who gets hired at an audition and quickly agrees to travel to an upstate location with Mr. Murray (Roddy McDowall). They drive through a punishing snowstorm to the home of wheelchair-bound Mr. Lewis, who proceeds to tell her that the previous actress hired for the role had a nervous breakdown and can't finish the role.  Katie is aghast, when shown a picture of Julie (the bat-shit crazy actress), she could be her doppelganger. This is just the first in an alarming amount of disturbing occurrences that Katie goes through. Once she finally deduces that something is terribly wrong with the entire set-up, she is being held captive in the house and when she dares try to escape (during a punishing blizzard, no less), Mr Murray is waiting for her at the crest of the hill to bring her back to the house. She was hired for a job and is expected to see it through! The scheming and all the bizarre circumstances Katie finds herself in are only exacerbated by her inability to leave the residence due to the horrific snow storm. Essentially she is trapped - snowbound, if you will - with no real hope of getting out. A rather creepy and unsettling addition to the winter horror wheelhouse./CH
Posted by Christine Hadden at 2/07/2013

Labels: Dead of Winter, lists, Storm of the Century, The Frozen, The Thing, The Thing from Another World, Wendigo, Winter Horror

Thanks for the heads up on some of these films! I'll definitely Netflix a couple of the ones I haven't seen, yet!