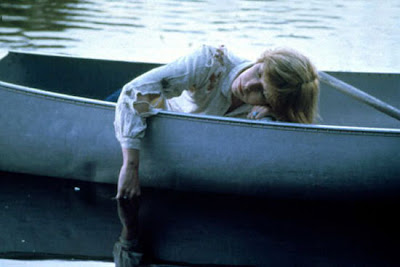 Like any Bollywood film, horror cinema can sometimes be formulaic — in particular, slasher films. Our essential yet interchangeable elements are a small, quiet town and a terror turned loose upon it. Sometimes our antagonist is a supernatural force, but usually it’s some depraved dude wielding a trademark weapon. And since this is at the root a simple tale of good versus evil, we must have a heroine, who we genre fans have come to know and love her as the Final Girl.

What does it mean to be a Final Girl? Well, obviously it means you are the last one standing, that is, if some unexpected twist doesn’t come your way. Say, like, a rotted hand bursting from the lake you thought you were peacefully floating away on. It means you have come face to face with the incarnation of evil and struck that motherfucker down. 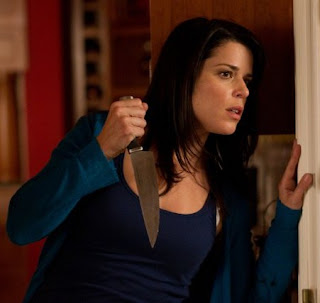 What does it take to be a Final Girl? A strong, courageous, bad-ass chick who isn’t afraid to shed some blood, which is why we love her. There is nothing more satisfying than watching a big hulking mass of human butcher triumphed by an angsty, blood-spattered babe.

The trials in our Final Girl’s life may be somewhat trivial, but unarguably relatable—well, to a point. Her everyday enemies are her parents and authority, who will pooh-pooh her cries for help and think of her as a child as opposed to the woman she is closer to becoming. If tension isn’t high enough in her swirling world of adolescence, she will soon have to deal with the added drama of fleeing a psychopath who is picking off her closest friends one by one, and then single-handedly killing that psychopath.

Seriously, when you really entertain the idea, these girls have a lot more to worry about than acne and good grades. You thought getting your period in the girls locker room was a big deal? Try watching all your best friends from K-12 get mutilated. If these situations occurred more often in real life I would totally open up a psychiatric institute for Final Girls. 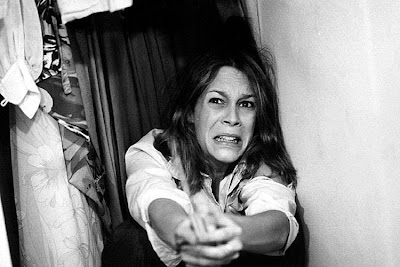 Sexuality is a main theme in slasher cinema. The Final Girl is traditionally a virgin, and an overall symbol of innocence and purity. Her modesty is usually her strong point, since that lusty circle of friends of hers are getting picked off by the pair; getting poked means getting choked in the realm of the slasher. We could get real deep (that sounds filthy in retrospect) with all the sexual innuendo and Freudian slips in these films—phallic and yonic images and all that—but that would be a whole new article.

When we inevitably have our showdown of Final Girl vs. Baddy, she is liberated not by sex, not even entirely by violence, but by vengeance -which in her case is probably more satisfying than getting laid, anyway. Watching her struggle from the beginning to the very bloody end, we get to know our protagonist, and we can’t help but cheer when that bastard gets what’s coming. 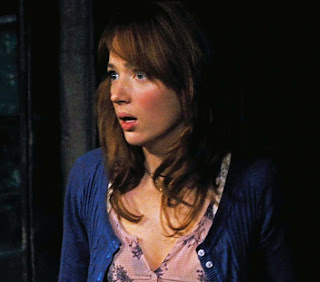 Some Final Girls are more complex than other— and more likeable. Some are a downright disgrace to womankind and make a fierce feminist like myself want to take a chainsaw to their face. This could be said for any film, as any genre has its share of classy and trashy, but it seems that the horror genre in particular finds itself teetering between the lines of misogyny and feminism fairly often.

Films like The Cabin in the Woods and Behind the Mask are a tribute to slasher films and both give a great example of a Final Girl. Tasteful and empowering, not a dumbass with a dye job and tits galore. In order for a Final Girl to be effective, she needs to be as close to the real thing as possible. It makes her victory that much more gratifying.

Speaking of “the real thing”, I wish there was more diversity in the realm of the Final Girl. I’ve seen a million skinny, beautiful white girls kill off the bad guy, but how about we get some voluptuous ladies kicking some ass, or some women of color? I’m looking at you, filmmakers! 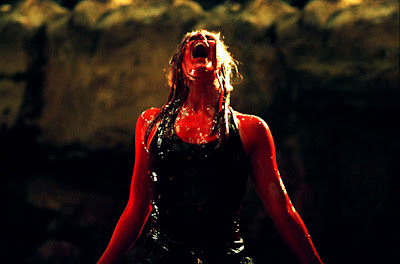 If you are interested in the topic of feminism in horror, a few print titles you might be interested in are Men, Women, and Chain Saws: Gender in the Modern Horror Film by Carol J. Clover and House of Psychotic Women: An Autobiographical Topography of Female Neurosis in Horror and Exploitation Films by Kier-La Janisse. Also, Day of the Woman is a blog dedicated to “the feminine side of fear” and is an absolutely fun time.

*The second week of February here at FWF, we highlighted two Final Girls everyday. Check it out!!

Happy Women in Horror Month, everyone! And to all the vicious vixens out there, keep your machete hand strong!

NO MENTION OF WEAVER AS RIPLEY FROM ALIEN?