Another round of favorite performances features an actress in one of my all-time favorite television shows and the other from my favorite sub-genre of horror: ghost stories.  Again, these are both from me. Don't worry - Marie will be back quite soon! 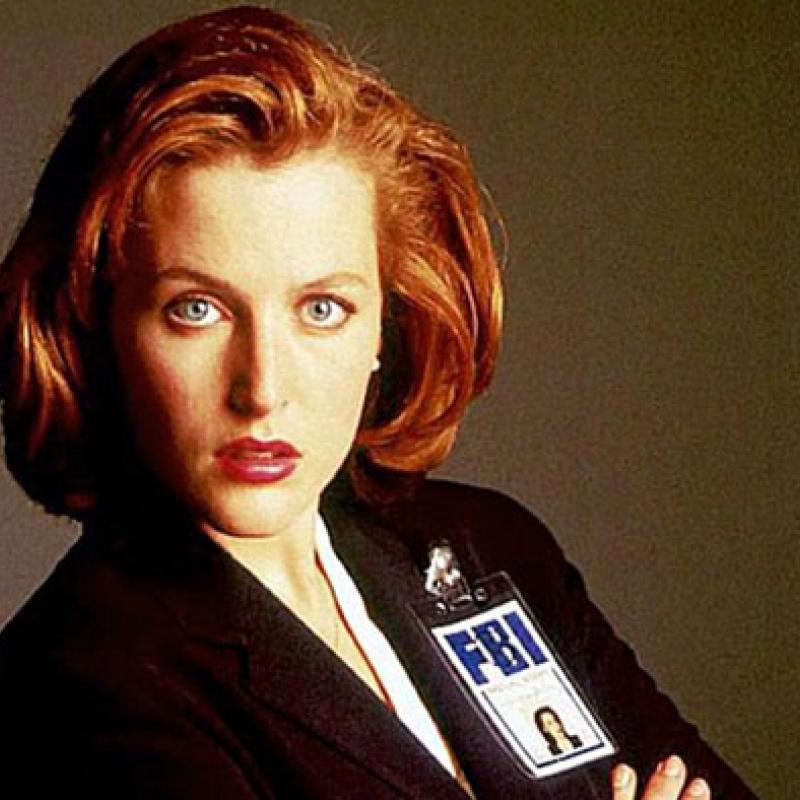 I adored The X-Files with all my heart and was terribly upset to see it end. And though those last few years didn't hold a candle to the first several, there was a glue that held it together: Gillian Anderson as Agent Dana Scully.

For anyone thinking The X-Files is not horror, to you I say watch the episodes entitled "Squeeze", "Die Hand Die Verletzt", "Irresistible", and/or "Home", among many others.

The show did have a serious mythology to it in regards to alien life and whether or not Mulder's sister was truly abducted, etc., but it also had a really stellar 'monster-of-the-week' side, too.

Scully's character is the skeptic, the physician in her just won't let her believe in the wild supernatural or paranormal activity unless there is proof.  Over the years she had to rethink that theory when evidence kept piling up to the contrary. All the while, her relationship with her partner, Fox Mulder, grew into first a deep friendship and then (of course) love. 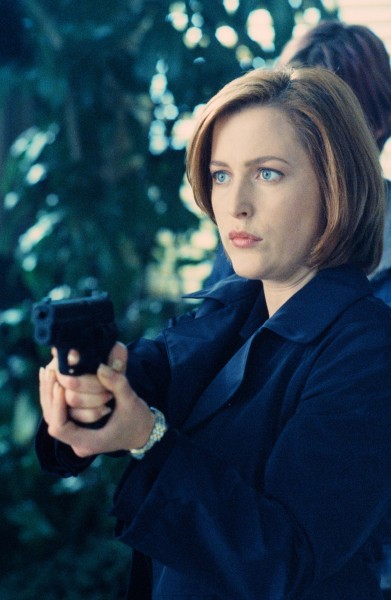 Anderson was a perfect fit for Scully. Her reserved demeanor and disbelief bounced off David Duchovny's Mulder's sarcastic, dry wit, making them the ideal combination.

And just when you thought she wasn't going to ever show any serious emotion - not even fear, the writers would pen a fabulous show like Irresistible (an episode about a death fetishist who has his sights set on Scully) or Beyond the Sea (in which her father passes away) and you then see how much range Anderson has as an actress.

Some of the episodes really asked us as the audience to suspend disbelief, due to the fact that more than half the series is spend chasing down people who are holing away aliens and such, but damn if it isn't easier to believe with Dana Scully on the case. She is always looking for the scientific explanation and it plays well against Mulder's "I'm a believer" stance.

The winner of SAG, Golden Globe and Emmy awards for her portrayal of Scully, Anderson has since been in mostly British films and other foreign productions, and will be back on television (BBC2) this spring on The Fall, a series in which she stars as (what else?) a police officer investigating murders in Northern Ireland.  Hopefully it will be available here in the states eventually, as I can't wait to see her back on the small screen! 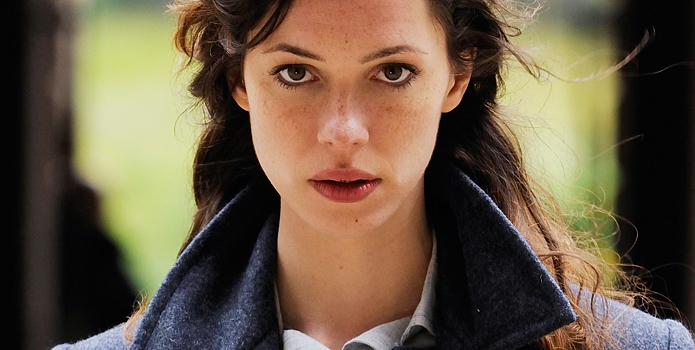 Hall is no stranger to genre films, having been seen in both The Prestige (2006) and the underrated Dorian Gray (2009).  She has also been in several critically acclaimed films as well (Vicky Cristina Barcelona, 2008; Frost/Nixon, 2008; The Town, 2010). But she really made an impression on me in the 2011 British ghost story, The Awakening.

Hall plays Florence Cathcart, an author who spends her days debunking claims of supernatural phenomenon. She is still mourning the death of her lover in WWI, and this plays heavily upon her profession, as it's pretty obvious she is hoping to actually find proof of ghosts. This would help her heavy heart rest easier after parting on poor terms before her lover went off to war, if she could communicate with him somehow.

When she is asked to investigate claims of a ghost at a remotely located boys boarding school, she at first refuses, and is gently accused by the administrator Robert Mallory (Dominic West) of being afraid to find out the truth, lest she has to face the fact that it may not be a hoax. She ends up going to the school, where she learns that a boy was found dead there not too long ago with the death being blamed on the ghost of a boy who died many years before. 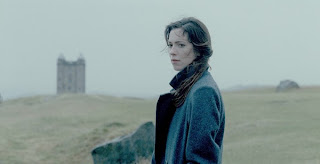 Though there are some haphazard wanderings within The Awakening, it is made so much more effective by Hall's top-notch performance. She emotes a varied range of mental states within the film, from utter despondence to indifference to a passion and determination to discover the truth of what is going on at the school.  It's easy to see that she and Mallory are meant to have a relationship, but the roundabout way that they get to that point, and the secrets that both of them hold close and resist letting go results in a multi-layered performance that lifts the film up a little higher than it would be otherwise.

I was really impressed with Hall's acting prowess here, as I was with it in Dorian Gray and other films I have seen here in.  She has a believability to her - a natural girl-next-door flavor to her work that makes it easy to relate to the characters she plays. I look forward to whatever she has in store for us next, and I would have to recommend The Awakening with all sincerity for any fan of a good old-fashioned, atmospheric ghost story.

"X-Files," up until the last two seasons, was a great show. I was more fond of "Millennium" just because it was so bleak. I also would agree that "X-Files" was, by and large, a horror show as much as it was about faith.

I had someone argue today that the X-Files was not horror. Obviously someone who has not seen the episodes that I mentioned, nor the other half of the 9 seasons worth of horror-based monster of the week episodes either.

I also liked Millennium. Frank Black was the bomb :)