Today's picks include one very obvious (and perfect) pick, and one you might not have thought about - but should! 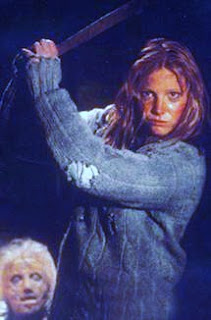 Much as I love Alice from F13 Part 1, my favorite Friday final girl will always be Ginny (Amy Steel).  She's just such a perfect example of aptitude combined with sheer will and dare I say: spunk.

We first meet Ginny when she joins boyfriend Paul at the infamous Crystal Lake to set up a counselor training program nearby the now defunct and most definitely closed "Camp Blood" where Pamela Voorhees murdered several counselors five years prior.

Ginny immediately strikes me as someone it would be easy to be friends with, with her fun attitude and easy-going personality.  It is only when some of the counselors are hanging out at a bar discussing whether or not Jason is still alive that we realize Ginny is actually pretty damn smart. A psychology student, she tries to rationalize the facts, entertaining the possibility that Jason may have survived all these years - a boy trapped in a man's body - and what if he saw his mother being decapitated and is holding a vengeful grudge against any who dare try to get near the doomed camp again.

Funny thing is, that is exactly what is happening. As Ginny & Co. chug down a few more cold ones, their fellow camp counselors are being massacred one by one back at their facility.  When Ginny and Paul witness the buckets of blood in one of the rooms, she doesn't pull an Alice and look bewildered ("what is going on?") - she knows immediately it is not a joke and they press on to try to get help.

In the final sequence of the film we see Ginny's brains win out over most final girls' small amounts of grey matter. She discovers the secret woodsy hideaway where Jason has been piling up all the bodies and has built a small alter in the room with Mommy's head front and center and soon realizes he is closing in on her. So she quickly formulates a plan in her head that includes pulling on Pamela Voorhees' old crusty blue sweater and pretending to be his dead mother. Not since Psycho have we seen this bizarre turn of events.

And it almost works. Even when Jason discovers her ruse, she doesn't back down. They fight until Paul comes running in. A struggle ensues and Ginny finds herself with Jason's machete and is able to stop the potato-sack maniac.  Now even though we know Jason isn't dead - is he ever? - we still have to bow down to Ginny's bravery. This is what makes her the (very) best Friday final girl. 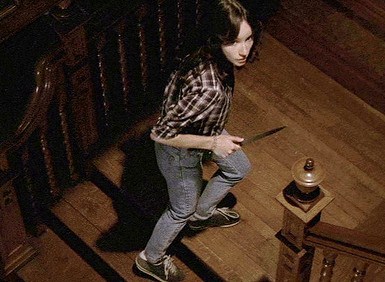 SAMANTHA HUGHES (House of the Devil)

At any chance I will gush over how much I love this movie.
Horror filmmaker wunderkind Ti West wrote and directed this 2009 flick about a young woman named Samantha (Jocelin Donahue) who is trying to make a little cash to get her through school.
She comes across a flyer inquiring about a babysitter, so Samantha decides to dial the given number up. 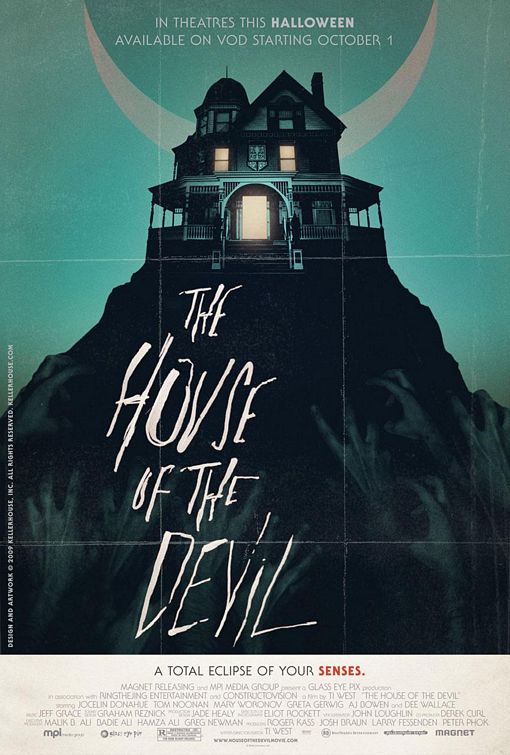 Poor, sweet Samantha quickly realizes that this is not a normal gig—a big tip-off is when she discovers she isn’t looking after a toddler but an elderly woman. Uhhh… It is also not a normal night, but the night of a lunar eclipse and a certain someone has a ritual in mind…

I don’t whether this is really a slasher movie or not; not very many people are killed. But our Samantha is a seemingly normal, intelligent, attractive girl who goes through some horrifying shit and comes out on the other side—maybe.

Though she gives a rather minimalist performance, it is all we need and I think rather than being a beaming, radiant light of purity and innocence, she is a more genuine one that we might actually find in everyday life.

Many of my friends are babysitting their way through college, and hell, they are braver than I am. Who knows how many various fluids they deal with or how many bloodcurdling screams their ears endure.
One of my babysitter friends watched the movie with me, and I couldn’t believe she ever took another job again.
Posted by Christine Hadden at 2/13/2013