Today we offer not our usual two, but three actresses who got our attention in three memorable and controversial films. These women put it all out there, holding nothing back for the beauty of the performance. Thanks to Marie for spotlighting these three remarkable roles in horror, portrayed by a trio of impressive actresses. 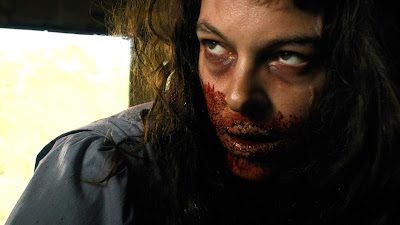 Director Lucky McKee is known for his explicit and controversial filmmaking, and he did not disappoint with his 2011 film The Woman.

Although it stars one of his favorite recurring actresses, Angela Bettis, I’m going to highlight another female performance in the movie.

The film is centered around the Cleek family, consisted of mother Belle (Angela Bettis), daughters Peggy and Darlin’, son Brian, and father Chris (Sean Bridgers). The well-off family live in a somewhat secluded area with surrounding woodlands that Chris often goes hunting in. On one of these hunts, he finds some unexpected game, a woman. That woman is played by Scottish actress Pollyanna McIntosh. 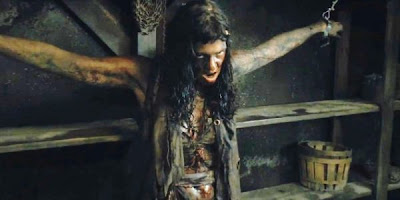 McIntosh takes on the hefty role of a feral woman who Chris decides to capture and chain up in his basement. Instead of keeping it a secret, he fully involves his family in “civilizing” her. This woman could not be at the hands of a more psychotic family.

The subject matter of this movie is as dark as it gets, and it takes guts to take on a role like this. Pollyanna’s character may endure a rape scene and plenty of gruesome torture at the hands of her captors but it is not in vain. She gets her share of revenge.

Even though Pollyanna has not a single coherent line, she still nails this role and takes all the criticism it gets with stride. 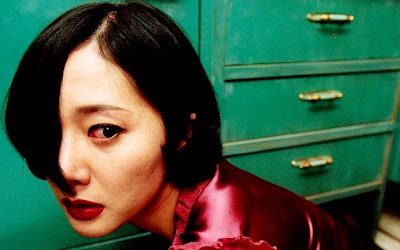 Before Jee-woon Kim made I Saw the Devil, he made a film based on a Korean folktale called A Tale of Two Sisters.

The two sisters in question are Soo-mi and Soo-yeon, who are moving back into their childhood home with their father and a new mother. Stepmother Eun-joo (Yeom Jeong Ah) is cruel and controlling, and becomes jealous at any affections the girls have towards their own father. As tensions rise between the sisters and stepmother, it is hard to tell which is a more trying problem—Eun-joo, or the ghost that is haunting their house.

Yeom Jeong Ah plays this complex, multi-demensional role with grace. Her performance is apt and on-target, and boy, is she easy to hate.
For further reading on this film see my article on it here. 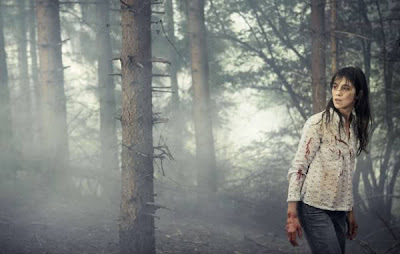 I’m not sure if I could call this a “favorite” female role, as it is downright disturbing, but I must give it to Ms. Gainsbourg for taking it on.
I, for one, will never look at her quite the same again.

In Lars von Trier’s Antichrist, Charlotte Gainsbourg plays an emotionally disturbed woman distraught by the accidental death of her son, who she blames herself for since she was having sex with her husband when he died.

Gainsbourg clearly isn’t worried about getting nude for a film, as she bares everything—I mean everything in this one. It even seems like she is one of those rare actresses who truly has no limits, as we watch her mutilate herself on screen.

Although the film was very well-received in Europe, von Trier has been accused of being a misogynist. That you can debate for yourselves, but one thing you cannot deny is that Charlotte Gainsbourg is one dedicated actress.

I am a huge fan of Lucky McGee's, but have not seen The Woman yet. The other films sounds pretty great too. I think a person's performance can often be overlooked in a film.

Midnyte! OMG close this browser and RUN -don't walk!- to the video store and rent and watch The Woman! It's amazing! You cheer on the gore and enjoy every grisly moment. :)

Yeah I really loved the Woman, I know Christine liked it, too. Thanks for reading, ladies!!

I'm one of the few who liked The Woman and I loved Pollyanna in it! She was everything the character was supposed to be - feral and nasty and uninhibited. Her taking revenge on the Cleeks is an awesome gore scene, love it!

Indeed, they are one fucked up family!