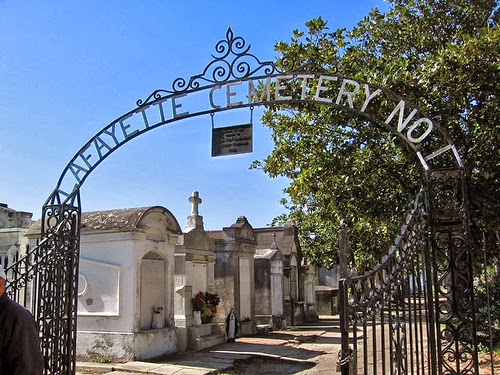 I adore cemeteries. They’re beautiful, atmospheric, and spooky as hell. I especially love a cemetery with a good story behind it. Here are a few boneyards with ties to horror cinema.


LAFAYETTE CEMETERY NO. 1: FICTION FAVORITE
Lafayette Cemetery No. 1 is just one of New Orleans deliciously eerie graveyards. It was established in 1832, making it one of the city’s oldest, and was at one point overpopulated by the bodies of victims of yellow fever.

NOLA native Anne Rice loves the cemetery so much she gave it a place in her Mayfair Witches trilogy; the titular family’s tomb resides in Lafayette No. 1. In promotion of her novel Memnoch the Devil (1995), Rice held a mock funeral at the cemetery, with a procession of pallbearers carrying a glass coffin down the main aisle. The corpse within was she, dressed in an antique wedding dress. The 1994 film adaptation of Rice’s novel Interview With a Vampire was shot in the cemetery.

The 1999 thriller Double Jeopardy was also filmed there, as was Patrick Lussier’s Dracula 2000.
No major urban legends exist for Lafayette Cemetery No. 1 but many will claim it is haunted. 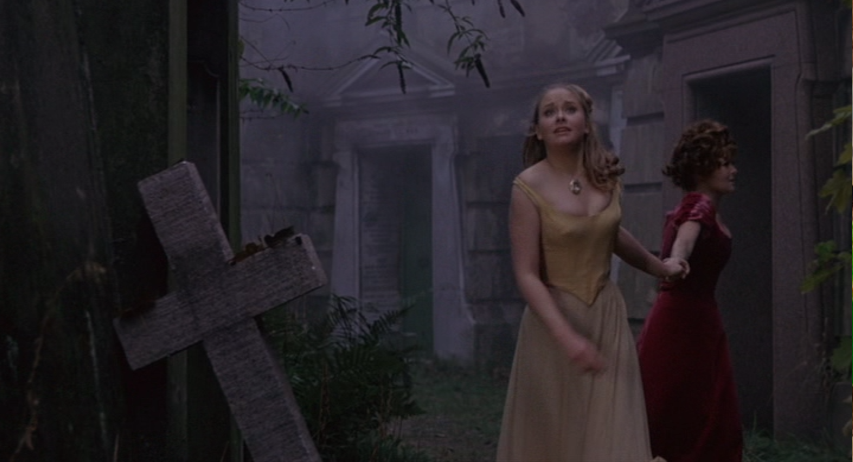 London’s Highgate Cemetery, established in 1839, is rich with history and folklore. While any cemetery is expected to have its share of ghosts, Highgate is particularly notorious for being the home of many fictional vampires. It is believed that Bram Stoker used Highgate as the inspiration for his graveyard scene in Dracula, although he calls his cemetery Hampstead. 1970 Hammer film Taste the Blood of Dracula, starring Christopher Lee as the beast, himself, was filmed in Highgate, as was 1977 film Count Dracula starring Louis Jourdan. Barbara Hambly’s 1988 vampire novel (and 1989 Locus Award winner for Best Horror Novel) Those Who Hunt the Night has a scene in the infamous graveyard. 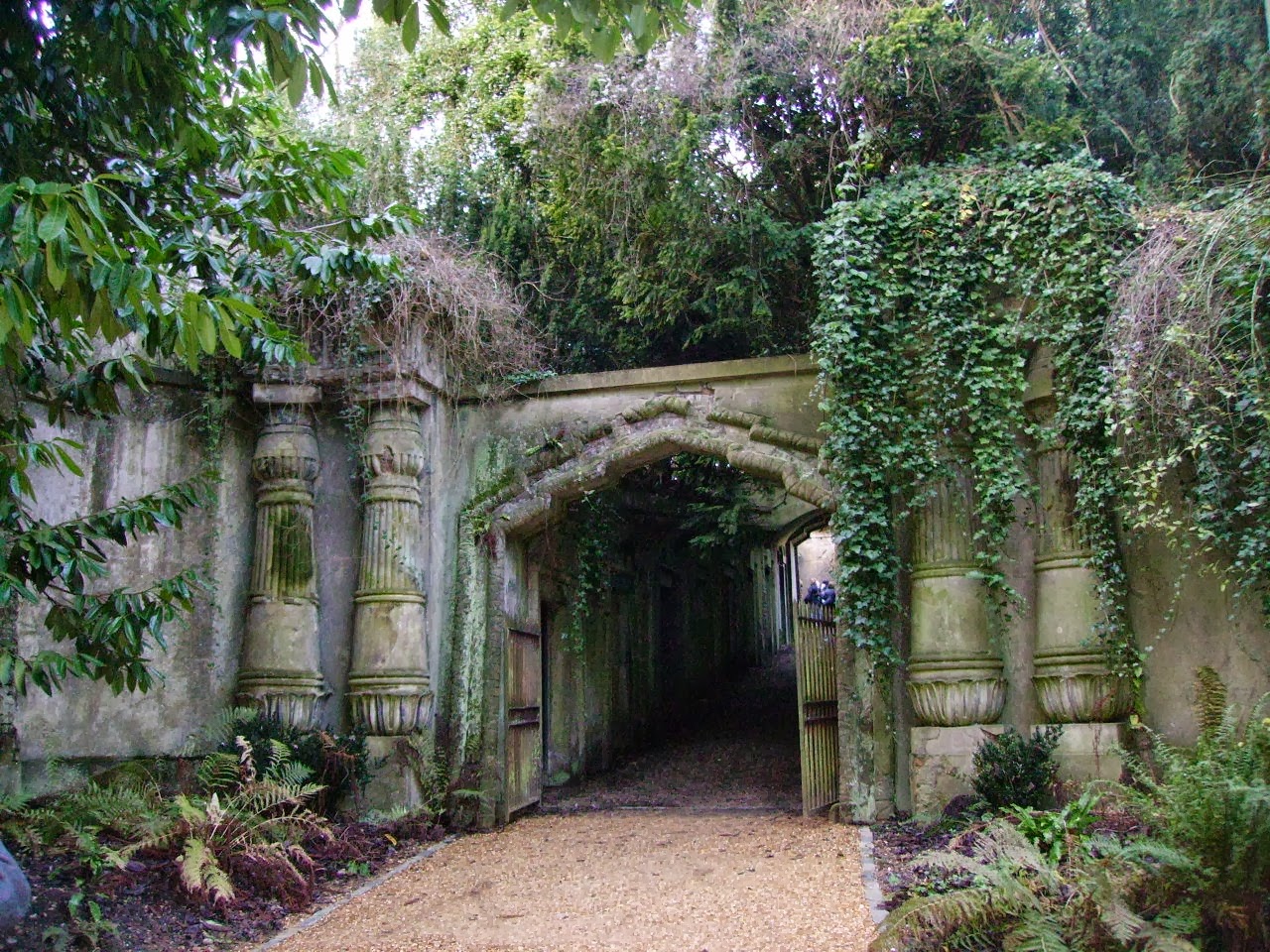 While it may have been visited by the most famous vampire of all, it still doesn’t beat the legend of the real vampire who was thought to reside there in the 1970’s. Two local men, Sean Manchester and David Farrant, both claimed to have knowledge of an ancient European bloodsucker in Highgate Cemetery. The two men were making their claims of the supernatural separately, and quickly had a sort of rivalry develop between them, and both declared that the vampire must be stopped with a stake through the heart, and both took the responsibility upon themselves.

Strange things were certainly happening. Dead and bloodied carcasses of foxes and cats were being found among the graves, as well as the body of a woman, headless and burned. The two men were up to their own strange antics; Farrant was arrested for wandering about the adjoining churchyard at night with a crucifix and a wooden stake, and Manchester claimed to have been lead to various tombs by a sleepwalking female psychic, where he then broke into the tombs and opened up the coffins, dousing them with garlic and holy water. In March, on Friday the 13th, 1970 Manchester announced that he was going to the cemetery to find and destroy the vampire; he was accompanied by a film crew from ITV and later a mob of enthusiasts who climbed the walls and forced the gate.

Eventually the buzz of the vampire died down, and peace was restored to Highgate. It remains to be a very important location in horror history, and, of course, the final resting places for some 50,000 people.

If you’ve seen Tobe Hooper’s 1982 supernatural classic Poltergeist, you’ll already know the ending, but if you haven’t, I’m about to spoil it for you. Throughout the film the Freeling family is terrorized by the restless spirits of a cemetery that is underneath their home. While there is no confirmation that the incident I’m about to relay to you was the inspiration for Poltergeist, it definitely seems like a possibility.

Prospect Hill Cemetery (Denver, Colorado), established in 1858, unfortunately was never very carefully maintained and overtime became, well, ugly. So ugly that real estate agents began lobbying for it’s conversion into a park. Congress authorized this in 1890 and families were then given 90 days to remove their loved ones. However, moving bodies is expensive and most couldn’t afford to do it, or couldn’t be bothered, and many of the bodies remained unclaimed.

Finally, after three years, the city hired undertaker E.P. McGovern to put each remaining body into a new coffin and transport them to a nearby cemetery. McGovern quickly became impatient with the tedious work, and became brainstorming ideas to use less coffins and more money. So, McGovern started using child coffins and hacking up the bodies, tossing as many parts as he could into them, stuffing as many as three bodies into one! In his careless haste he left quite a mess behind him, and grave robbers soon began helping themselves to items left along the ground.

It did not take long for McGovern to be booted off the project, and a fence was then built around the cemetery. Without ever finishing the job, the area that was Prospect Hill is now Cheesman Park, and while the headstones are gone, some corpses still remain underneath. 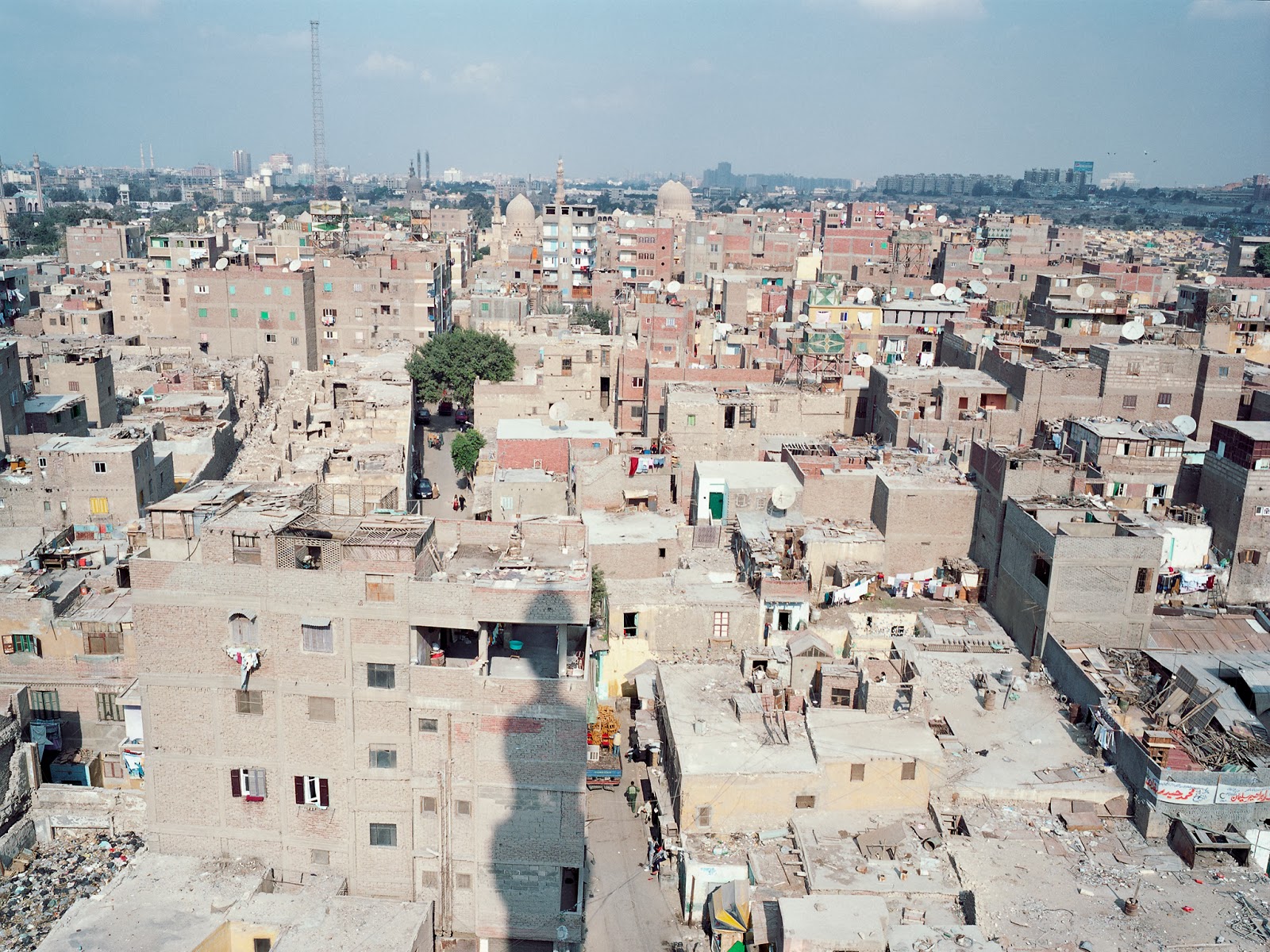 I am a huge fan of Clive Barker’s 1988 novella Cabal (and accompanying 1990 film Nightbreed), which concerns a community of otherworldly pariahs who are forced to live in an abandoned cemetery in a mysterious town in Canada called Midian. Creatures of the darkness, the Nightbreed inhabit the tombs during the day to hide themselves from the sun. Underneath the cemetery, where the dead reside, the Nightbreed have their own teeming city.

Believe it or not, there is a real-life Midian in Cairo, Egypt—although it’s inhabitants don’t have bizarre anatomy as the Nightbreed do. It is called, the City of the Dead, and it is a necropolis—a word that translates into that same phrase from Ancient Greek. This area first became a burial ground in 642 AD, when it was Arab commander `Amr ibn al-`As’ family plot. The cemetery grew into the four-mile area it is today, but people began living in it as early as the 17th century. It became a refuge for the poor, and in recent times a haven for victims of the 1992 earthquake. Now an average of 500,000 people live in the City of the Dead.

The tombs are built to function as houses in an ancient traditions that deceased family members may live together again in death. However, the living have taken up residence in the tombs, alongside the dead. People even raise their children there! Can you imagine growing up inside a grave? 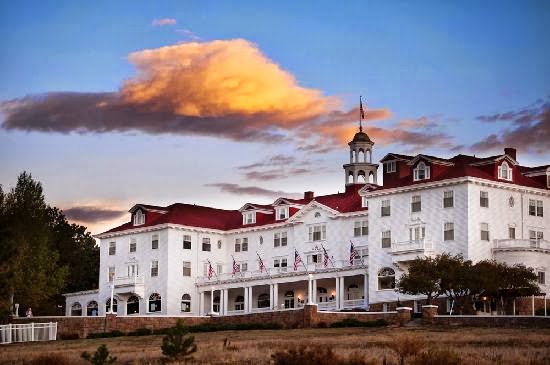 
You may know that the Stanley Hotel in Estes Park, Colorado is the inspiration for Stephen King’s iconic 1977 novel The Shining. You are probably also familiar with King’s 1983 novel Pet Sematary about a graveyard that brings humans and pets alike back to life—but evil!


Chew on this for a minute. The Stanley Hotel has just released plans to unearth a pet cemetery on the grounds to make way for a pavilion. If that doesn’t spell supernatural danger, I don’t know what does. Various psychics have heeded their warning of the otherworldly hijinx to come if the plots are dug up. Don’t those fools know the ground is sour?!! I would just love to know what Stephen King thinks about this…
Posted by Christine Hadden at 10/23/2013

This is a really great video from Dark Harbor Halloween at The Queen Mary. It gave me the chills!!!