Here at FWF, we always want to celebrate our favorite time of the year with something special. The last few years have showcased our love of lists - and while that is great fun, it is incredibly time consuming and leaves us little time to enjoy the season and the plethora of offerings that other blogs, websites, magazines, movies and television have to offer. Hence, we are still commemorating the holiday with a series of posts, a different theme each week.  And our first theme is GUILTY PLEASURES!

Back in 2011, I did a post of nine of my guiltiest pleasures. You can read that HERE. But I got to thinking about several other films that fit that bill, and so this theme-week was born.  Marie has joined me and picks some of her own movies, so we present two-a-days - two films each day that though we should be embarrassed for liking, we aren't!  And we'll tell you why! 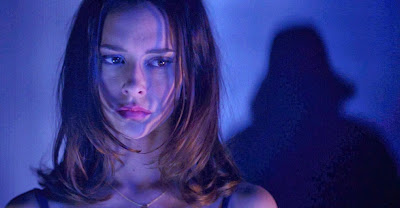 First up: Christine's pick:
I STILL KNOW WHAT YOU DID LAST SUMMER

This teen-scream flick from 1998 is the sequel to the popular (and similarly named) I Know What You Did Last Summer.  And while it's basically a poorly conceived and fairly trite movie, I just love it.

Julie James (Jennifer Love Hewitt), having miraculously survived the wrath of one Ben Willis (a disgruntled  fisherman with a deadly hook) in the first fright-fest, has been suffering from nightmares since her return to college. When her roommate Karla (Brandy Norwood) wins a weekend in the Bahamas off a radio show contest, she convinces Julie to go with her and her boyfriend Tyrell (Mekhi Phifer), and tells Julie she should ask Ray (Freddie Prinze Jr.).  Ray declines, claiming he can't leave work, but in reality he is miffed because Julie won't come home to Southport to spend any time with him. He reconsiders later and heads to the Bahamas on his own to surprise Julie with a ring and proposal.

Meanwhile, the island-bound trio becomes a quartet when Karla, realizing Ray is not going, gives her final ticket to a friend of theirs, Will. Though pissed at the blatant blind date fix-up, Julie still decides to go.

Once on the island, the group quickly learns that they have landed in paradise at the start of the rainy season, and worse than that, a hurricane is expected soon. (This is so ridiculous, that they would be allowed to stay there with a horrific storm blowing in!). They try to make the best of the stormy situation by drinking and partying regardless, until people start turning up dead and they realize that Ben Willis has returned with his hook and a vengeance unsurpassed.

The guilty pleasure factor here is obvious.  It's a slasher film with very little originality that is unimproved from the first installment and really brings nothing new to the table, except maybe an uncredited Jack Black playing the ganga-smoking island beach bum. We do get the always awesome Jeffrey Combs as the hotel manager though. But besides that, not much to really recommend.  Then why do I carry a torch for this teenage slash-fest?  I have absolutely no idea. Perhaps it is just the fisherman himself, as the old urban legend of the "man with a hook for a hand" is one of my favorites. I also really love the music in both the "last summer" movies. The soundtrack has some great tunes, none better than Lamb's Gorecki.  Sample that greatness right here:

The same answer applies to both of these pressing questions: Why do you love urban legends if you know they aren’t true? And: Why do you love Urban Legend when you know it is so bad? The answer is that they are both so damn fun!

I really do love urban legends. They have a certain sensation attached to them. You think of them being told around a campfire, or on a rainy night. Everyone’s got one, and although they’re usually pretty stupid, they’re always fun to listen to. To me, this is also true of the 1998 slasher flick Urban Legend directed by Jamie Blanks.

Alicia Witt stars and the unbearable Natalie, a college student who finds herself in the middle of a very grim situation. All of her friends are being slaughtered by a mysterious hooded figure, and all of their deaths follow the storylines of common urban legends. 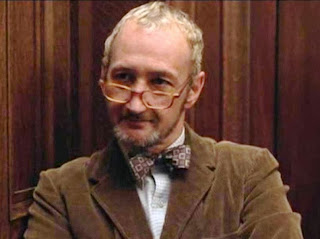 The acting is pretty horrible, but the characters are even worse; they are one-dimensional stereotypes spurting out generic lines. Also, Tara Reid has one of the most terrible crying-face in the history of cinema. However, all of this is made up for by the appearance of the one and only Robert Englund as the professor who teaches a class on urban legends. I have so much love for that man, and if you put him in your movie you get automatic praise from me.

Thankfully, the pacing is good enough to take you through the film without scratching your eyes out. The plot line is dotted with unexpected twists (okay, debatable) and the admittedly entertaining slaughter of youths.

Like I mentioned before, I love the vibe of this movie. It’s a fun, mindless film that I love to throw on during a rainy night when I want to relax and have a few laughs at the filmmaker’s expense. If Jamie Blanks seriously thought this movie was going to be genuinely thrilling, or even scary, he was sadly mistaken. Even so, I am happy with the results.