Halloween 2013: Paranormal Documentaries ~ Believe It, or Not? 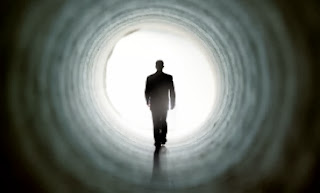 It’s impossible not to be curious about the afterlife. Death is inevitable, but what comes next is still inconclusive. Everyone has their theories, their beliefs; some have playful curiosity while others have their own solid ideas of certainty.

In modern society, ghosts may seem like a silly and immature concept, and while many people do still “believe” in ghosts, it can be a sensitive (no pun intended) subject. The fact of the matter is we don’t know what follows death, and the documentaries I’ve listed below entertain but one possibility…

I’ve put my favorite of the lot first. This television show is part reality TV and part documentary, ALL PARTS AWESOME. Hosted by Linda Blair (The Exorcist), who would present some horrifying place, usually old mansions,sanatoriums, and castles. After a sinister synopsis of the haunt, they would then send a family in to survive the night. The frightened family would wander from room to room in total darkness with night-vision cameras strapped to their heads. Some examples of the places that werevisited are Waverly Hills, the Catacombs of Paris, Leap Castle, and the Stanley Hotel.
My two favorite episodes were called “Urban Legends” and “Urban Legends 2”, which used more of a documentary style. In these episodes they would visit the locations of some chilling urban legends, such as the Pine Barrens and Bunnyman Bridge.
But the best part of Scariest Places On Earth—it’s narrated by Zelda Rubinstein (Poltergeist)!!

THE AFTERLIFE INVESTIGATIONS (2010)
This documentary film, written and directed by Tim Coleman, focuses mainly on “the Scole Experiments”, which is a body of supposed evidence of the afterlife collected by a group of psychics. The group consists of fourpsychics, who conducted their experiments in the Scalevillage of Norfolk, England. Their “proof” was so astonishing that it caught the attention of many other psychics, as well as scientists, and members of Society for Psychical Research.
The documentary examines their various experiments, which involve séances, spirit photography, mediumship, and more, and gives a thorough overlook of their alleged evidence. Some of the psychics’ claims are so outrageous and strange they are hard to believe. However, it is an interesting film, and very meticulous with it’s detailed account of the Scole Experiments. It can also be a bit dry, so I would only take a look at it if you are very interested in the paranormal.
Last time I checked this title was available on Netflix.

This documentary came out just this past May on Syfy channel. It’s about Forest J. Ackerman, founding father of Science Fiction (he even coined the term), or, rather, his ghost. Paul Davids, filmmaker and friend of “Forry’s” for half a century directed this film about the unexplained experiences he began having after Ackerman’s death. Mysterious ink blots and messages through a computer are a few of the occurrences that Davids believes to be communication from Ackerman’s deceased spirit. Other veterans of sci-fi speak on the matter, such as Whitely Strieber (Communion), and Richard Matheson (I Am Legend).
The film does venture outside of the fore-mentioned topic a bit, with some other discussion of theories and experiences of life after death. It’s an intimate and eye-opening example of some unexplained phenomena. Matheson was very interested in life after death, and now that he is passed on I wonder if he will be pestering Mr. Davids, as well!

CHILDREN OF THE GRAVE (2007)
I heard about this little indie documentary while I was researched a St. Louis local legend. The legend would be that of Zombie Road, two miles of narrow dirt road that curves through the thick old-growth forest beside the Meramec River.
Children of the Grave  was directed by the Booth Brothersand aired on SyFy. It follows a team of ghost hunters as they explore several haunted location, in search, specifically, for the ghosts of lost children. Zombie Road is only one of the places explored, as well as the Devil’s Woods (Pennsylvania, I think?), an abandoned asylum and a cemetery filled with unmarked graves.
While the film is very low budget, the filmmakers and all involved are extremely passionate about their field of work, and if you share a strong interest in the paranormal, this could be an interesting and informative documentary. I hear there is a Children of the Grave 2 now! 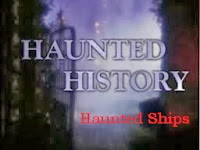 HAUNTED HISTORY (1998-2001)
While I may not have gotten the highest marks in the subject, I do love history; and history and ghosts go hand in hand. Such, of course, is the subject of the History Channel’s series Haunted History. Although a UK version exists, I’m just going to talk about the US version since that’s the only one I’ve seen.
Each episode would have a theme, usually covering a state or region, with the exception of the episode dedicated to “Haunted Ships”. The narrated historical overview is dabbled with first-hand accounts and the inevitable cheesy dramatic reenactment, but the show is awesome, and the perfect way to get your macabre history lesson!

Editor's note: Haunted History was revived again in 2013 on H2 (The History Channel's sister station) and while still interesting, it lacks the charm of the previous series and relies more on conjecture and hearsay, leaving it more of a ghost-hunters-type series than the former show.
Posted by Christine Hadden at 10/26/2013