Ahh, so we couldn't resist giving you some lists after all, in this lovely month of October.  Marie has taken to the supernatural as she presents a ghostly theme for this week! And she starts with her favorite ghosts!

Take it away, Marie!

Okay, so ghosts are pretty fucking scary. They are the walking remains of a dead person, so that is pretty unsettling. But there are some that are pretty all right! Even downright lovable. Unfortunately, you cannot hug them—it just doesn’t work. Here are my favorite ghosts! (WARNING: There are a few spoilers…) 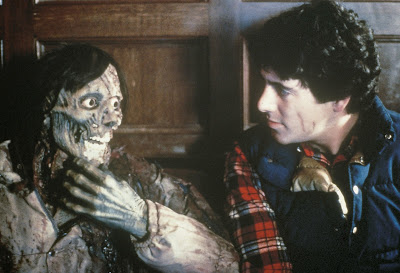 1. JACK GOODMAN— - AN AMERICAN WEREWOLF IN LONDON (1981)
David (David Naughton) and his best mate Jack (Griffin Dunne) had planned an awesome backpacking trip through England. Sadly, things didn’t really go according to itinerary; Jack got shredded to bits by a werewolf, and David subsequently becomes one. Lucky for us, Jack has a lot of fight in him, and pays his visits to the realm of the living every now and again to give his old chum some friendly advice: kill yourself! One of Jack’s many charismatic charms is that each time he appears, he is in a further state of decomposition. Adorable! 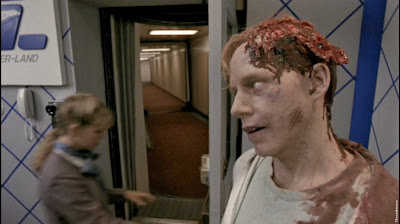 2. PASCOW— - PET SEMATARY (1989)
Oh, how I love Victor Pascow. Pascow (Victor Greenquist), the unfortunate victim of a hit-and-run accident, comes back to life to deliver an ominous message: the ground is sour! But that stubborn Louis Creed (Dale Midkiff) just won’t listen! So good ole Pascow manifests time and time again, rearing his ugly head (seriously, there’s a gaping gory hole in it), and donning his red jogging shorts. 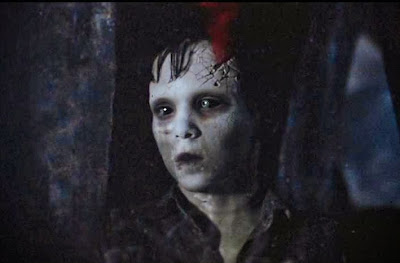 3. SANTI— - THE DEVIL’S BACKBONE (2001)
I can’t tell you too much about Santi without giving some buried plot elements away, for Santi is a mysterious apparition. Bound to the Spanish orphanage, it is whispered that Santi (Junio Valverde) went missing the day that the defused bomb residing in the courtyard appeared. Carlos (Fernando Tielve), the newest edition to the orphanage, is told the ghostly tales, and finally finds the apparition lingering near an abandoned swimming pool. While aesthetics are not the sole reason I have included Santi in this list, it is a quality I greatly admire. This is one deliciously creepy looking ghost, with vacant white eyes and a crimson cloud of blood ballooning upwards from his skull. 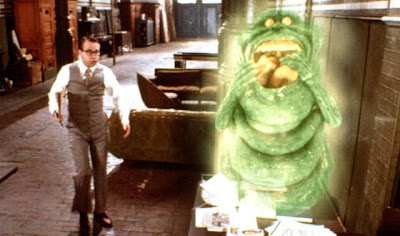 4. SLIMER— - GHOSTBUSTERS (1984)
The repulsive but lovable Slimer is (for lack of a better word) intelligent body of ectoplasm, and the first ghost the Ghostbusters ever captured. Since he isn’t a threat to anyone, he just hangs around and pigs out! Slimer gets his name from the trail of goo he leaves behind him, the same disgusting goo he will use as a defense mechanism if cornered! Slimer’s greatest talent—he can drive a bus! 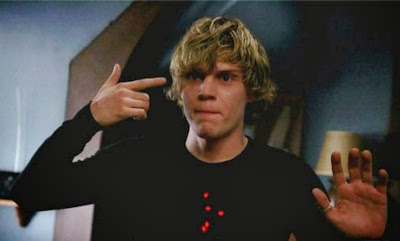 5. TATE LANGDON— - AMERICAN HORROR STORY: MURDER HOUSE (2011)
Evan Peters has established himself as a recurring cast member on the hit psycho-sexual television show American Horror Story, but it all started with Tate. Tate Langdon introduces himself under the guise as a patient of man-of-the-house Dr. Ben Harmon (Dylan McDermott), but this is all a ploy to explain his constant presence in the house, because Tate is a spirit bound to remain there. Tate is sensitive, charming, and irresistibly good-looking—which is why every female audience member has a crush on him—but unfortunately, he is also completely mental. After all, his cause of death was suicide by police force after he performed a ruthless school shooting. Yeah, not so cute anymore. But Tate still makes this list because of his incredibly interesting character made all the more dynamic by Peters’ impressive performance. 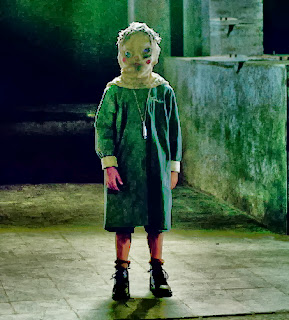 *EDITOR'S PICK:  TOMAS - THE ORPHANAGE (2007)
Another film about an orphanage, this film tells the tale of Laura, whose son Simon has made a new friend at the orphanage they have recently bought with intent of restoring it to open as a home for disabled children. Only thing is, Simon is the only one who can see Tomas.  Why?  Because as a child he was made to wear a sack mask at the orphanage because he was disfigured and took to hiding in a sea cave. Unfortunately the tide came in one day and drowned Tomas.  At once a sad, depressing character, Tomas will break your heart and yet still haunt you silly. / christine