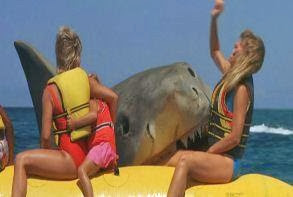 Now that I have your attention, I will admit this is one of the worst movies ever made, period. But for some ungodly reason, I like it! Maybe because its plot is so daffy and its characterizations SO bad, I just have to laugh.

The original Jaws is my favorite movie.  Has been for years and years....and years.  So it is only fitting that I would love anything and everything associated with the 1975 blockbuster, right?  Jaws 3D? Sure! Went to see it at the theater when it was released. And it's simply pathetic as well.  But Jaws 4 really takes the cake.
I read somewhere that it holds a 0 % rating on Rotten Tomatoes, and that makes me giggle even more!

Forgetting the entire second sequel, Jaws 4 picks up with the quick death of Sean Brody, Martin and Ellen's youngest son. Martin is already dead, the victim of a heart attack, so when Sean is attacked and killed by a great white in the Amity village harbor, Ellen (Lorraine Gary) is certain that the shark chose Sean on purpose - that it has targeted the young Brody because of the family association with great whites (and killing them, natch!) 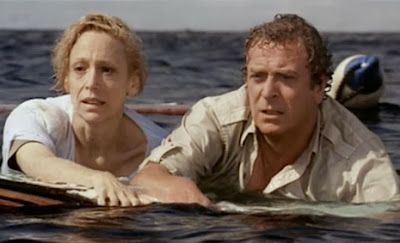 As preposterous as this sounds, it gets worse.  Ellen travels to the Bahamas to visit her other son, Michael (Lance Guest), who is a marine biologist and lives the island life with his wife Carla and young daughter Thea.

Ellen quickly hooks up with the island's local pilot, Hoagie (Michael Caine, in what is surely his slummiest role!) and though it seems like a good time will be had by all, the shit is about to hit the fan.  The great white that killed Sean has beat feet (or fin, should I say?) to the Bahamas with only vengeance on its mind! Oh my...

Jaws 4: The Revenge is such a bad movie, from start to finish. And though I don't own it (I do have some decorum, folks!), if it turns up on TV on a random Saturday afternoon, you can bet your sweet ass I'll be watching.  The mere thought of a shark with an agenda is so hokey - so ludicrous - that I laugh just thinking about it. But it's a shark. It's a great white. And its name is Jaws.  So I have to be there!

But good night nurse this film is crap! 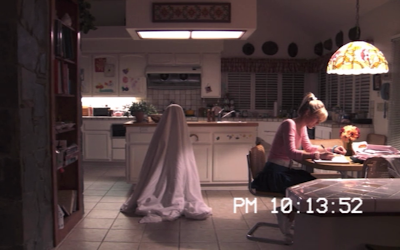 2007’s Paranormal Activity launched a found-footage craze and is even considered by some to be a decent and clever film. In fact, enough people enjoyed it that the studio thought it was a good idea to make another one. And another one. And another one. And oh, yeah ANOTHER ONE!! Their fresh idea quickly went rotten when they pumped out film after film of the same old gimmicks and barely and plot and acting to support it. Many quickly lost interest, however, it took me until the most recently released film (#4 in the franchise) to finally give up.

Yes, I’m a little ashamed to admit that I am a fan of the Paranormal Activity… My favorite being #3, which came out in 2011. The first two separately concern a pair of sisters who are being afflicted by a violent and disturbing haunting, leading to the murder of one sister’s husband and her disappearance. Paranormal Activity 3 explores the two sister’s childhood and the dark family secret that spawned this… paranormal activity. 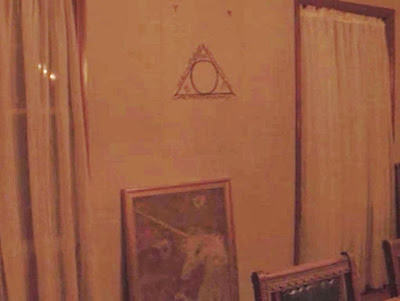 All of the Paranormal Activity films are in the found-footage style, meaning they are made to look like one of the characters is filming using their own means. This gives you a subjective and often very limited perspective and also results in a lot of “shaky cam” moments. It can often be very hard to enjoy these kinds of films for the unsteady camera can be obnoxious and nauseating.

Even though there is a plot line in these films, it is extremely bare bones. The filmmakers seemed to grow less and less concerned with the running storyline and are simply going for shocks and scares. The script is equally weak; there isn’t really time for character development as most of the dialogue is along the lines of, “What was that? Did you see that? Holy shit! Aaaahhhh!”

Still, I think they can at times be clever, especially when it comes to finding unique ways to set up cameras. My favorite example of this is in #3 when they place a hand-held camera on a rotating fan; it ends up creating some genuine tension and a few memorable moments.

But even I can put pride aside and admit that 2012’s Paranormal Activity 4 was a complete travesty and I have very little doubt that the next installment (pushed back to next October) could get any better. Or any worse, for that matter!
Posted by Christine Hadden at 10/04/2013