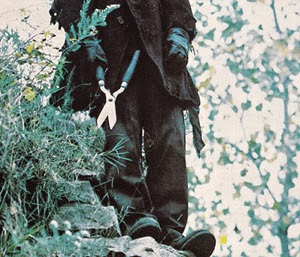 Cropsey is a distinctive urban legend that comes from the state of New York and is more or less a cautionary tale of a boogeyman that haunts the Hudson Valley and Staten Island area.  The name became synonymous with murderer for all intents and purposes and has been the cause of many a night's lost sleep, I'm sure.

Parents warned children about a maniacal killer that preys upon children - and perhaps it was all just conjecture and fiction - but it grew to be such an infamous story that even the true story of a real-life child killer became intertwined with the legend. 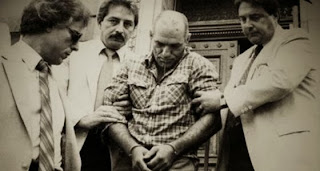 The Staten Island killer Andre Rand was convicted back in 1988 of the kidnapping of Jennifer Schweiger. It's unfortunate that the jury was not able to find him guilty of the girl's murder, as he most certainly was the killer. He'd already been arrested previously for sexual assault and been accused of rape and other sexually deviant behavior. 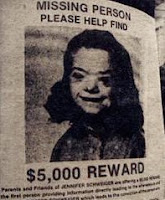 Schweiger was not his only victim, as several girls went missing in the Staten Island area over the course of several years, but she may have been the most recognized casualty of Rand's demented tenure. She went out for a walk and when she didn't come home, the young girl (who had Down syndrome) became the center of a search party that lasted 35 days before they found her body in a shallow grave.

Rand worked as a janitor at the infamous Willowbrook State School (where Geraldo Rivera did a damning expose about the horrific conditions at the school for the mentally challenged), and after the school was closed Rand was known to have been prowling in the surrounding woods, which surely added to his macabre legacy.  It's easy to see why his name became associated with the Cropsey legend, as he was as close to a true monster as you can get. 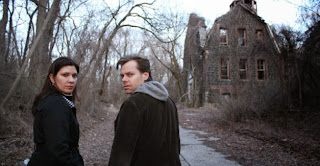 In 2009, a documentary entitled (aptly) Cropsey, Joshua Zeman and Barbara Brancaccio brought the story of the urban legend to life, linking it with the real-life murderer Rand.  The film is seriously one of the most interesting documentaries I've seen, and just watching the writer/directors tramp around the Staten Island area and Willowbrook is enough to creep me out more than most horror films.

Perhaps bizarrely, the 1981 genre film The Burning   takes the legend of Cropsey (pre-Andre Rand) and runs with it, making the urban legend that was told around campfires and at slumber parties come to life.  In it, a summer camp caretaker named Cropsy is the victim of a kid's prank gone bad.  The young campers place a skull lit with candles beside Cropsy's bed, and upon waking he knocks it over in fear, lighting his sheets and bedspread on fire.  Furthering the flames, he accidentally knocks over a gas tank and the entire cabin engulfs. 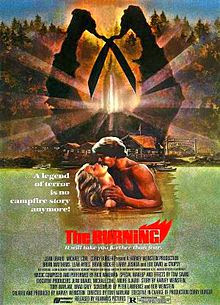 Witnessing this horror are the campers, realizing the prank has gone completely awry.  They watch in shock as Cropsy makes his way out of the cabin and falls into the river. Naturally, as is the case in most of these movies, our villain isn't dead. He reemerges five years later with vengeance on the mind and garden shears in his hands. He heads straight to Camp Stonewater, close by to the scene of the years-ago crime to take his revenge against the sexually repressed (and some not so repressed!) teens that disfigured him and made his life a living hell.

What is most scary I think, about the legend of Cropsey, is that most cities (and suburbia as well) has some kind of disconcerting tale about a murderer, child molester, pervert, etc. that menaces their town. Most of these people are seemingly normal until the shit hits the fan.  Think of the small mid-west town of Plainfield. Do you think anyone knew that Ed Gein was digging up graves and making furniture out of his murder victims? No. And that is what is so disturbing.  Gein himself was significant in his own right, being a strong influence to folks like Robert Bloch (author of Psycho), Thomas Harris (author of The Silence of the Lambs) and Tobe Hooper - who gave us The Texas Chainsaw Massacre.  All of which starred small town, ostensibly normal folks who became legends. And in Cropsey's case, the truth (in this case the horrifying Rand case) is truly more frightening than fiction.

Cropsey is on Netflix's instant watch. I added it many moons ago but I have yet to watch it. Think I will soon now.

Let me know what you think, Heather. I found it really intriguing and totally entertaining...